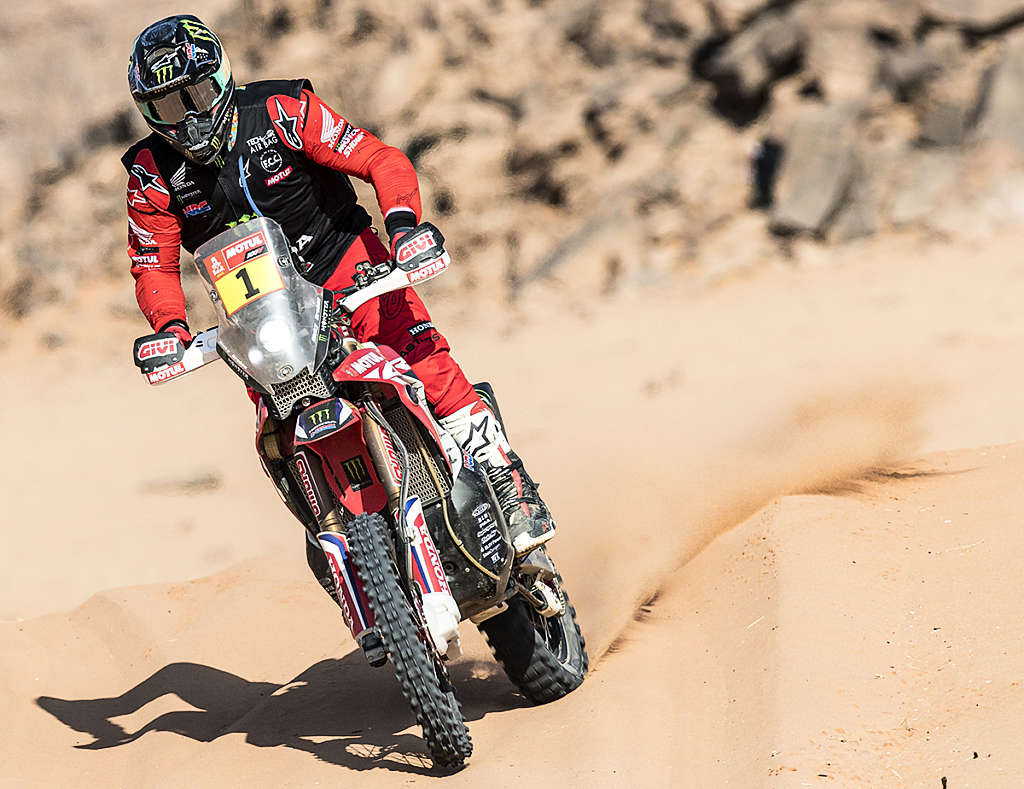 Proving too strong again at the Dakar the HRC effort are starting to impose their strength on the opposition, going 1-2-3 in the latest stage of the rally. Kevin Benavides came in third today, rounding off a Honda 1-2-3 both in the stage classification and in the general standings. Nacho Cornejo is no longer the overall leader after losing 17'42' to Ricky Brabec. The new leader, Kevin Benavides, is just over a minute ahead of Ricky Brabec and Nacho Cornejo with two stages to go until the finish in Jeddah. All in all, a great day for the Wings!

A rattled Nacho Cornejo has undergone a medical examination after soldiering on to the finish following his crash at km 252. The Chilean, who started today's stage in the overall lead, has been left with no choice but to withdraw from the race and leave his teammates Ricky Brabec and Kevin Benavides to duke it out for the win.

Ricky Brabec is the winner of stage 10. The American took the reins at km 126 and never looked back despite having to open the way after overtaking Nacho Cornejo. It's his third win of the year (including the prologue) and his sixth overall!

Ricky Brabec has wrapped up the stage and will very likely take his second win of the year. Joan Barreda will have to settle for second, while Kevin Benavides, Matthias Walkner and Skyler Howes fight for third place.

Defending champion Ricky Brabec is still going strong at km 285, leading Joan Barreda by 2'30' and Matthias Walkner by over five minutes. Meanwhile, Nacho Cornejo is losing 10'41' after his crash, which is still not enough to topple the Chilean rider from the overall lead.

Ricky Brabec is still in control with just over 100 km to go, one minute ahead of Nacho Cornejo, who crashed a few kilometres after the checkpoint. Joan Barreda lost an extra three seconds to Brabec compared with the previous checkpoint, while Kevin Benavides is still stuck in the doldrums at over five minutes back.

Nacho Cornejo has crashed at km 252. The overall leader has emerged unscathed and is now back on the move.

Skyler Howes, sitting in fourth place, remains the top KTM man in the provisional standings at km 204. However, the American is just under four minutes behind the leader. Matthias Walkner is 4'04' back, while Daniel Sanders is 5'23' adrift and Sam Sunderland is losing over eight minutes!

The bikers are really going like a bat out of hell today! Some of them have already reached the 200 km mark. Ricky Brabec is still in the lead, 36″ ahead of Nacho Cornejo and 1′42″ ahead of Joan Barreda, who has faded a bit. Kevin Benavides is struggling again at 4′54″ behind the leader.

10:27 Benavides slowly climbing back into contention

After losing almost five minutes at the second time check, Kevin Benavides is now 3'50' behind Ricky Brabec at km 162. Overall leader Nacho Cornejo is conceding just under a minute to his teammate. It's no holds barred in the Honda Clan!

10:09 Brabec strikes back in the mountains

The motorbikes have just started the hilly part of today's special. Ricky Brabec has moved back into the lead at km 126 by 30' over Nacho Cornejo as Joan Barreda trails by over a minute. Kevin Benavides, opening the way today, has been overtaken by Brabec and is now almost 4'30' behind the American in the provisional classification.

Nacho Cornejo has taken over the lead at the second time check by just 37' over Joan Barreda and 49' over Ricky Brabec. Honda are dominating the race so far with the notable exception of Kevin Benavides, who has slipped to ninth place at 4'51'!

Kevin Benavides is losing almost five minutes to new leader Nacho Cornejo at km 90. The Chilean is leading his HRC teammates Joan Barreda and Ricky Brabec, while Matthias Walkner is about a minute and a half back. The pressure is mounting for Benavides!

Kevin Benavides still leads at WP1, ahead of Ricky Brabec, but Skyler Howes has now risen to third place at 23'. Joan Barreda is running in fourth place, while Nacho Cornejo is fifth at just 38' back.

The first biker out of the starting blocks, Kevin Benavides, leads the stage by 16″ over Ricky Brabec and 30″ over Joan Barreda, who hurt his leg in a crash yesterday. Only seven bikers have gone through WP1 so far.

Adrien Van Beveren is the only remaining factory Yamaha biker in the race after Ross Branch was knocked out by a mechanical yesterday. The Frenchman finished the stage fifth, which could have been his best performance so far, but he was handed down a 15-minute penalty after the special. He is now 11th overall at 1 h 17 back.

Reigning champion Emanuel Gyenes won the previous stage in the Original by Motul category for bikers racing without assistance, clawing almost 20 minutes back from Arūnas Gelažninkas in the process. However, the Lithuanian is still almost 45 minutes ahead in the general classification. Gelažninkas will be seeking to consolidate his position with three stages to go…

Stage 9 was the end of the road for Sara Jugla and Pascal Bispo. After being relegated to the 'Dakar Experience' on Friday, the two bikers saw the writing on the wall 265 km into the loop stage around Neom. Jugla and Bispo gritted their teeth to keep going despite their difficulties and crashes, but fatigue overwhelmed them in the end. The smart money says they'll be back!

Kevin Benavides was the first biker to start the tenth special. The Argentinian is sitting in second place overall, 11′24″ behind Nacho Cornejo. Will he manage to overcome the challenge of opening the way and narrow down that deficit?

Yesterday, Nacho Cornejo demonstrated his navigational talent. Although he had to open the way for his rivals, he only conceded 1’34’’ to stage winner Kevin Benavides and finished on the day’s podium. In the absence of the injured Toby Price and Xavier De Soultrait or Ross Branch, who exited the race due to a broken engine, Cornejo could take advantage of starting behind Kevin Benavides and Ricky Brabec to increase his lead in the general standings…

After a route on the shores of the Red Sea, the mountains await the competitors on the tenth special of the 43rd Dakar. Several sandy tracks will allow the riders and drivers to quicken the pace, but they will have to be careful not to get lost: a navigation error could cost them dearly and, with only two days left by the end of the day before the finish Jeddah, every minute will be count. 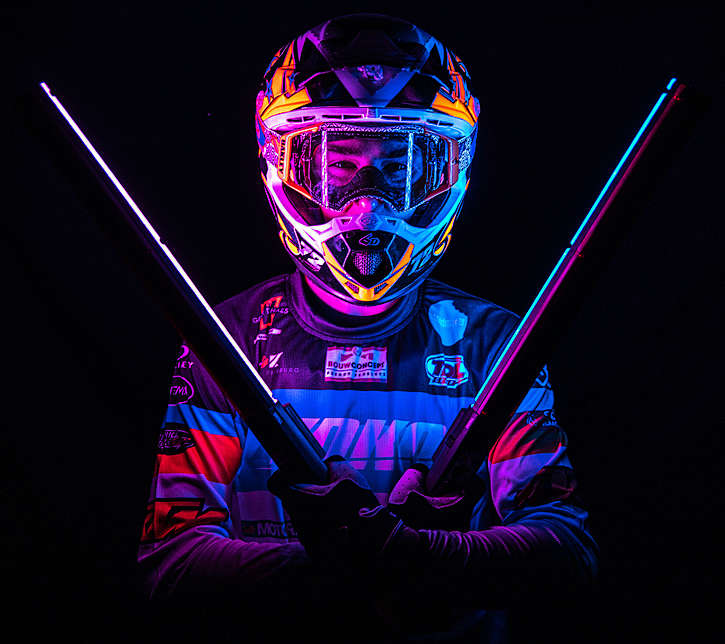 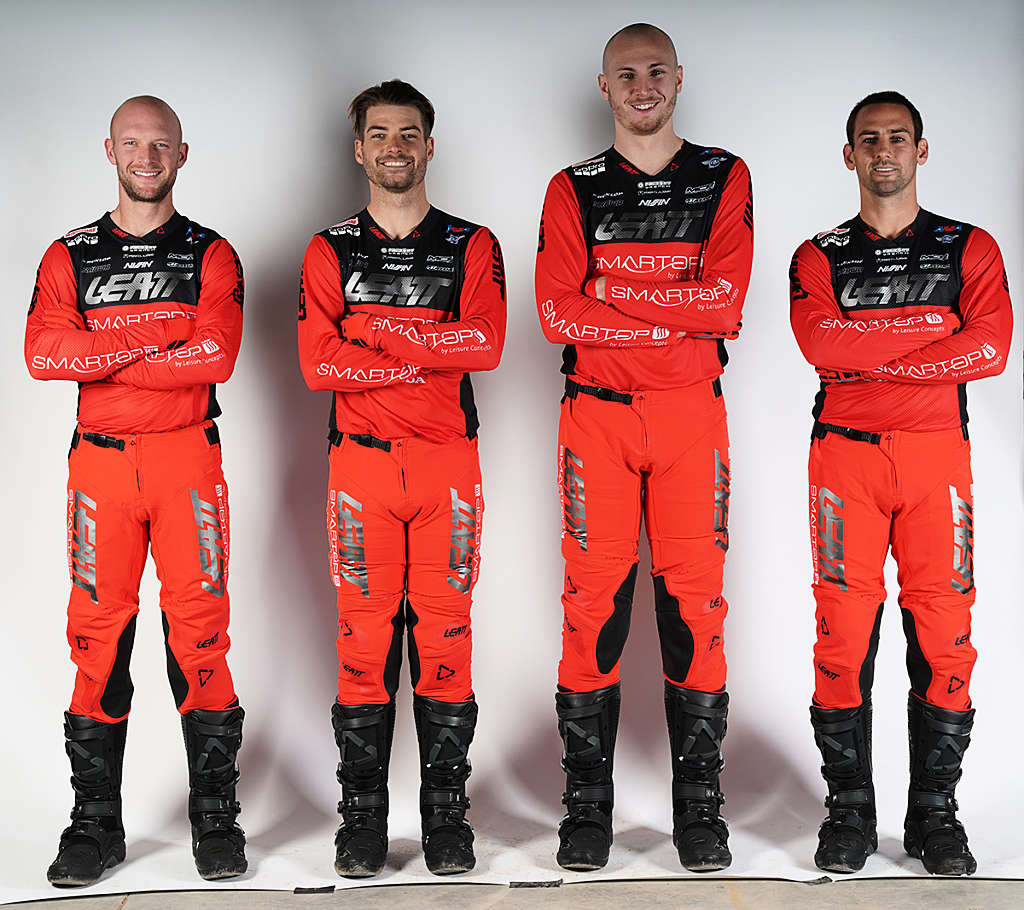