Gajser vs Cairoli - The Battle of Mantova 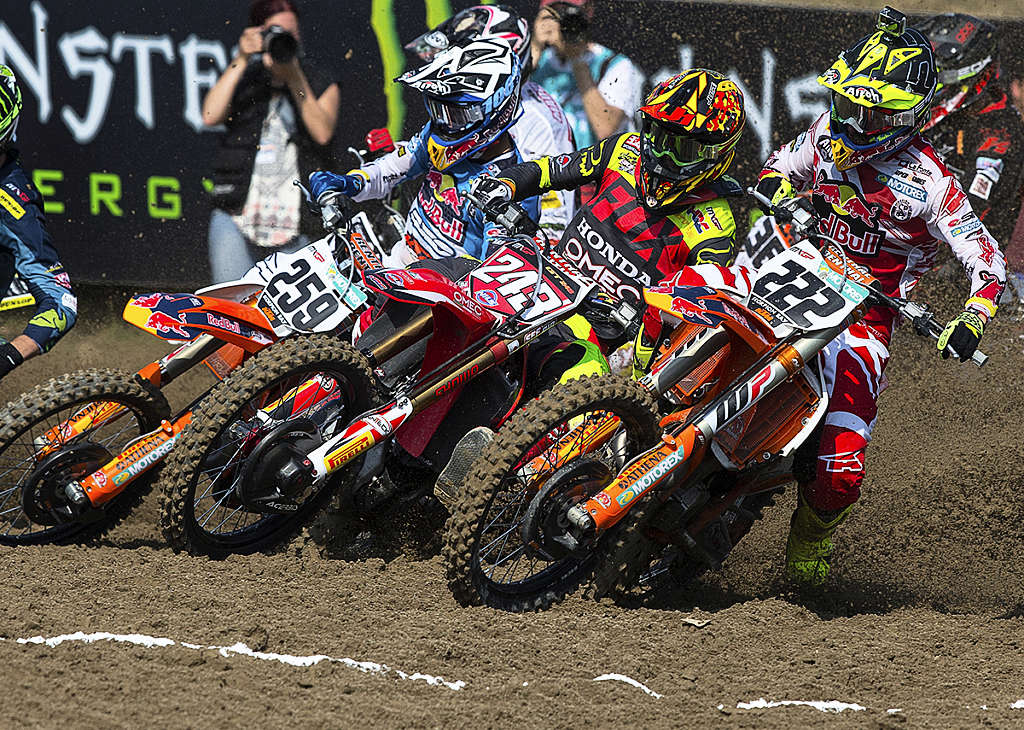 We thought he was done then, yes, I am talking about Antonio Cairoli. The young brigade had arrived, led by MX2 World champion Tim Gajser it seemed as though the eight time World champion was finished. Gajser had won his debut in MXGP at round one with a 1-1 performance in Qatar and a round later the defending MXGP champion Roman Febvre did the same, going 1-1 at the Grand Prix of Thailand.

Febvre and Gajser would split moto wins at the third round and then Gajser would win three Grand Prix's on the trot, going 3-1-2-1-4-1 in Mexico, Argentina and Latvia. Cairoli would fight back with a GP win in Germany, going 1-1, but Gajser answered back with another two in Spain and Great Britain with Febvre winning France with 2-1, while Gajser went 1-2. The writing was on the wall, the former King of MXGP was struggling.

When the series arrived in Mantova Gajser and Febvre seemed to have complete control over the Italian legend, but we all know now not to write Cairoli off, and the battle that commenced in the Italian sand was as epic as anything we have seen (well, maybe not as great as the Gajser vs Cairoli battle in Trentino).

Below watch the legend battle the rookie, as they set the Mantova circuit alive and gave Paul Malin enough action to talk forever.

Cairoli didn't end up beating Gajser in the 2016 title race, but it is history that he came back in 2017 and won his ninth championship and now, as we are set to return to the sand of Mantova, the 35 year old holds the red plate once again nd has his 91st GP victory in the pocket. He also has momentum on his side and confidence. What can we expect in 2020 as we enter round nine of the MXGP championship?