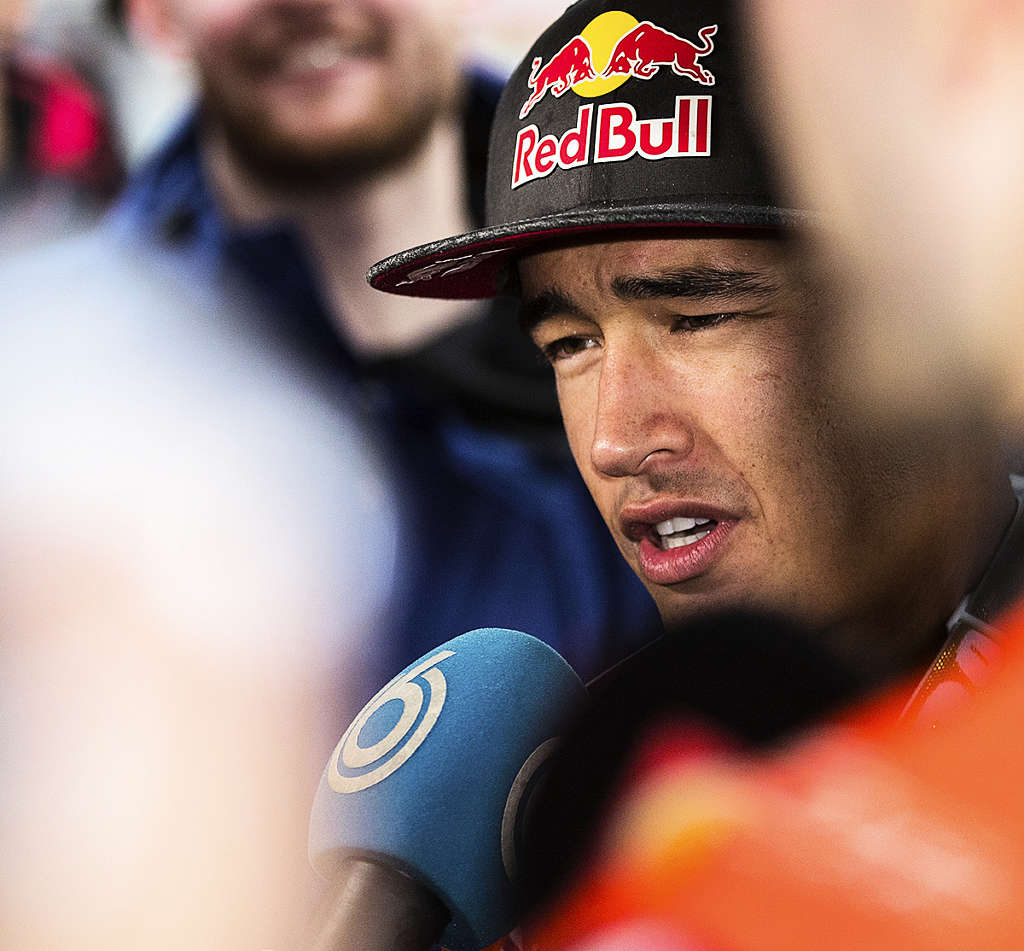 Standing Construct GasGas rider Glenn Coldenhoff has had a brilliant off-season, unlike his 2019 preparation, which was him damage his back and struggle for the early part of the season. With a couple of GP wins at the end of 2019 and a 1-1 result at the season ending Motocross of Nations, the Dutchman has grown massively in confidence and will head into the 2020 season with some pressure, but more so, a lot of eyes on his performances.

While Coldenhoff hasn’t been considered a really serious contender going into a season, this year he is without question one of the top five, or even top three guys, and while that should bring pressure, it has actually given Coldenhoff a peace of mind.

Training with American legend Ryan Hughes this past winter has also added something to his planning and while Coldenhoff has always been a peaceful and friendly person, maybe the advice of the veteran Hughes has given the GasGas factory rider an even lighter look at what will be one of the toughest Grand Prix seasons in history.

We got to give him a call and talk about his preparation and expectation for the 2020 season. We made an arrangement to do the interview at 18.15 last Thursday night, and right on 18.15 Glenn was ready to chat. The structure of a sportsman is minute by minute work, and no doubt why riders like Coldenhoff have success in this tough sport. 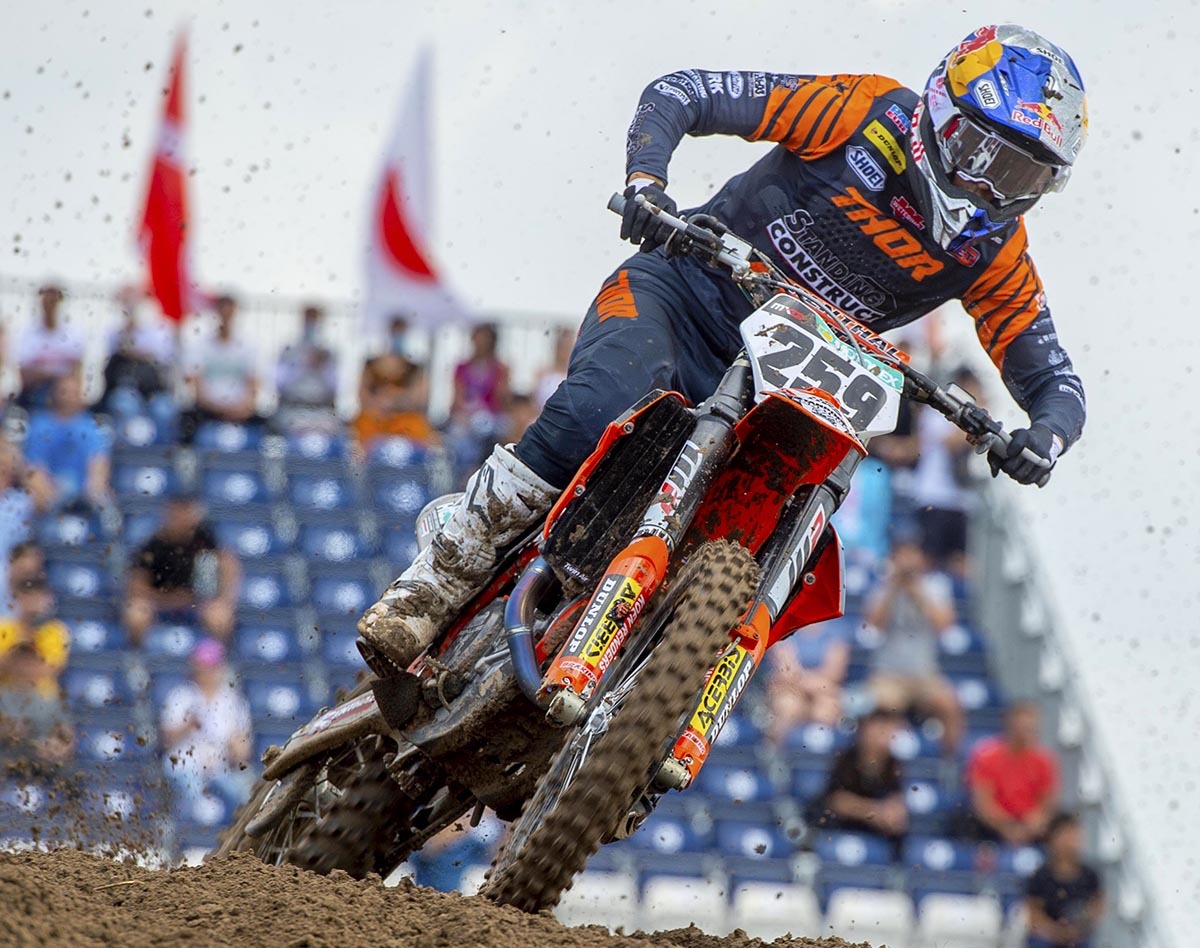 MXLarge: I know riders are very strict in their structure for the training, and I always find it amusing when a rider sets a time to make an interview and it really can be down to the final minute. If I ring two minutes too early, they are not ready as their structure be it in the gym or training on the bike hasn’t finished. I guess you are very strict on your timing, but does your day go minute by minute how you structure your day?

Coldenhoff: (laughing) As you know, most of the riders will do two trainings a day, one in the morning and one in the afternoon. So, I just finished the second one and I am on the way to my massage guy, I am in the car and then I also like the not waste time just sitting in the car. I always use this time to make it count. Organizing things with media or sponsors.

MXlarge: How long is your working day in the off-season?

Coldenhoff: How long is my day you mean?

MXlarge: Yes, like when you start and finish your work?

Coldenhoff: Well, actually, I started at 7am with breakfast and all day long I am working, organizing things, staying in touch with sponsors, presently looking for some new sponsors. We train twice a day, eat three times a day, and with eating I am not the fastest, so it takes some time to get the food in. Today I go to the massage guy (it was around 6.30pm, with Coldenhoff probably home around 9.30 from the massage). I prefer to have the evenings free, but that is difficult, because we are always busy. We are really busy looking at the weather forecast at the moment, because I am still in Holland and there is a lot of rain (Coldenhoff flew to Sardinia today). Last weekend the federation had a Gala, like the FIM (awards night), and they have that always on the first or second weekends of January. I needed to go there, so instead of already being in Spain or Sardinian and flying home for a day, I prefer to stay home and then fly to Sardinia today.

MXlarge: The season starts earlier and earlier, and it seems crazy you guys are so into your winter training just a week after New Year and the first race is in two weeks. Does it feel like you start earlier, or has it always been like this for the preparation?

Coldenhoff: I think it is similar. The season is really long and before I always wanted to be ready for the pre-season races, but that isn’t really needed now. I will probably ride Riola the first Italian round, but just go there and do my training and get ready for the real season. I won’t really look at the result, I mean we want to do good, but it isn’t really that important for me. 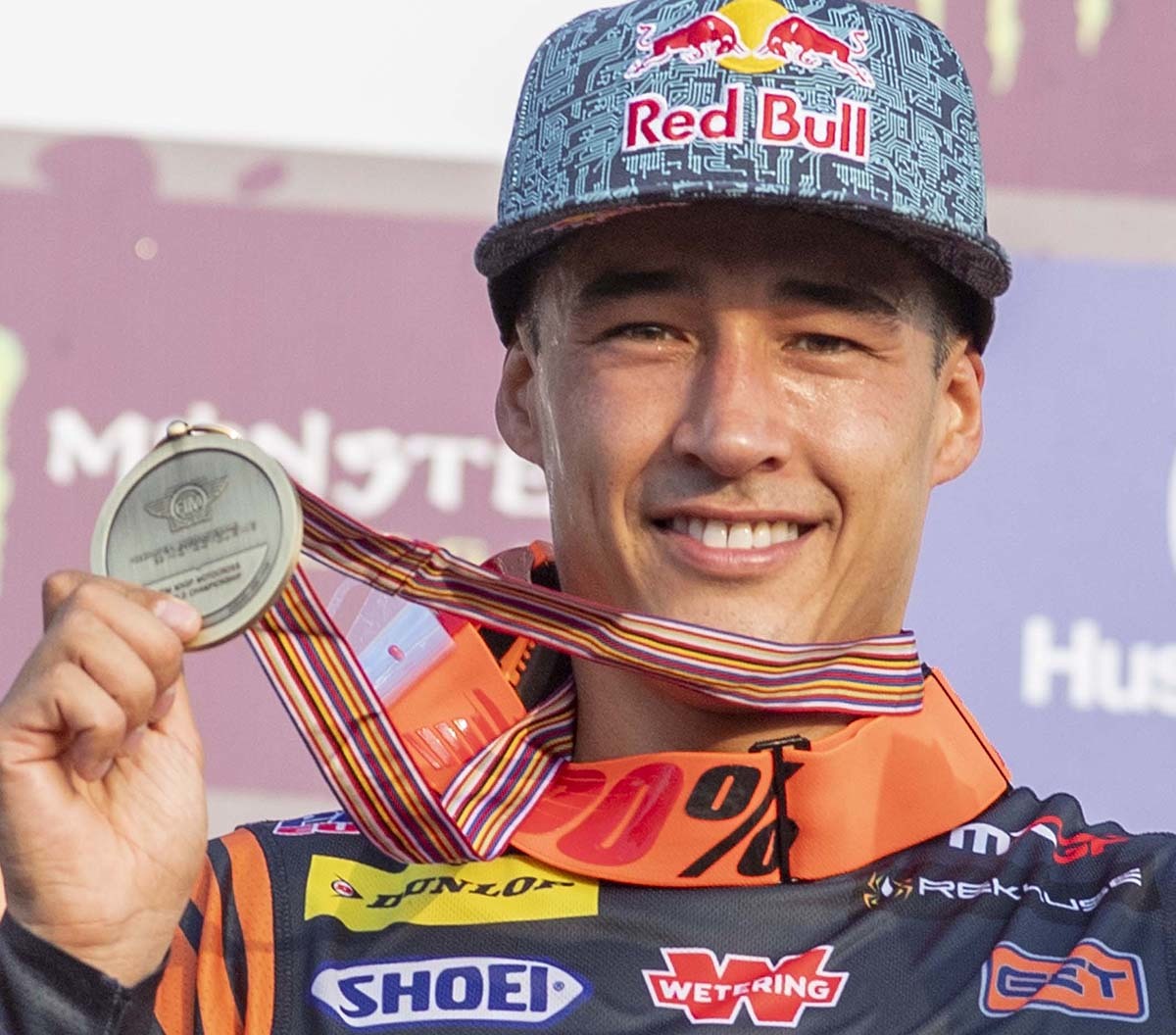 Coldenhoff: It is a big reward for me and the team to be a factory rider and a factory team. Of course, we will get more support from the factory and we have a good relationship with Austria, so it is all very positive moving forward. I am happy to be working with the same crew, who always give 100% and everyone is really motivated and working hard to reach our goals.

Coldenhoff: Yes, I did, it was an mxvice video with Dean Wilson. He has a big injury as I did last year and I think he looked at my season and I really grew into the season and it is cool to see they are keeping an eye on us and following MXGP and using me as an example.

MXLarge: We talked about this last year, but I think a lot of riders will use you as an example, not just from the injury, but also perseverance to continue to believe in yourself. You ended 2019 in amazing form, won two GPs, came close to winning another two, went 1-1 at the Nations, are you still on a high from that, or are you trying to be modest how you do?

Coldenhoff: For sure it gives me a lot of confidence, as I have always worked hard and even if I got seventh, I gave the same as winning those GPs and sometimes it is difficult to continue to believe in yourself, and mentally it can be hard, but I never gave up and it finally paid off. That is why I am working so hard every single day. Coming into this season I feel confident and other seasons I have felt nervous, but I am calmer now. England is just a month away and as we saw last year, you don’t need to be on top of your game in England. If you can finish around top five, that would be a good start. We will see, because last year we had a lot of injures and this year there will be strong and fit guys and I think I can be one of them. I feel good, physically also.

MXlarge: Speaking about your physical condition. Last time we spoke, after the Nations you mentioned you back was still a problem. How is your back now, has it improved at all over the winter?

Coldenhoff: No, it hasn’t, I still have some pain. I started Yoga because of the pain, that is something Ryan Hughes mentioned to me, when he was training me in the winter. He came to Spain and he showed me a different way of working in everything.

Coldenhoff: No, just in general, like the Yoga thing. He also broke his back and I don’t know how many plates and screws he has in his back and if I see what he can still do, that is pretty special. As I am still struggling with back pain, and I started the yoga a couple of months ago and I feel some improvements with my back, but if I have a tough day at a sand track, I still feel the pain, but that has been the last year and I try not to think about it anymore.

MXLarge: Will you use Ryan more throughout the year?

Coldenhoff: I am not sure yet. I still have contact with him. He came over for a week and I learnt a lot, but we will see. It feels good to have him on my side and hopefully we will see more of each other this year.

MXLarge: You mentioned Matterley Basin, and it might not be that important to win there, but all the leading guys have won there, yourself, Jeffrey, Antonio and Prado (although Prado is out injured). The first GP in Europe since I think 2012, it will be a massive crowd. You must be excited for that race?

Coldenhoff: Yes, sure I am happy England is on the calendar, it is always nice to race in England, the fans the track, it is a pleasure to be there and I really like that track also. I think we will have a lot of people, maybe even some rain, but because we start in Europe, that is a big thing for the sport. 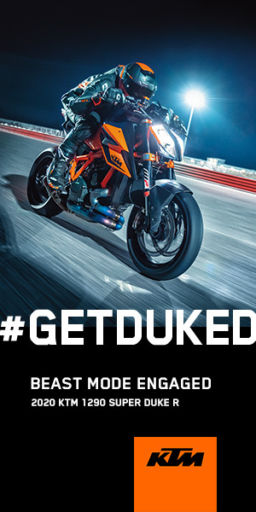 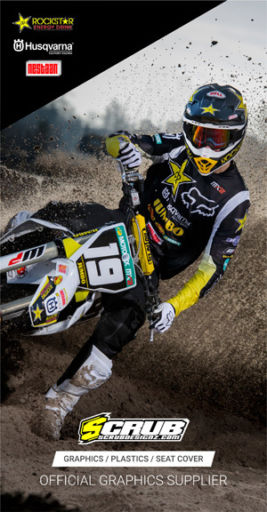 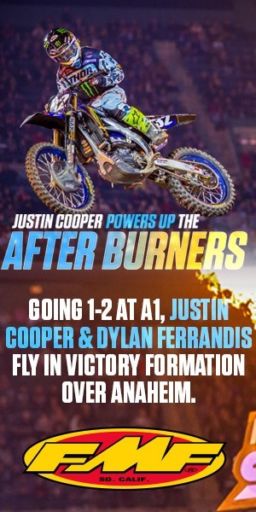 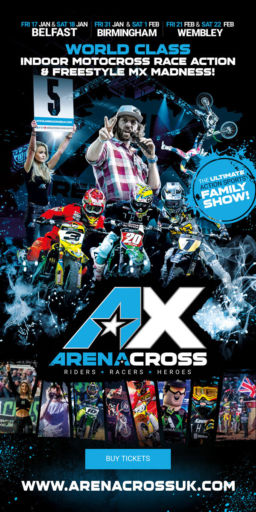