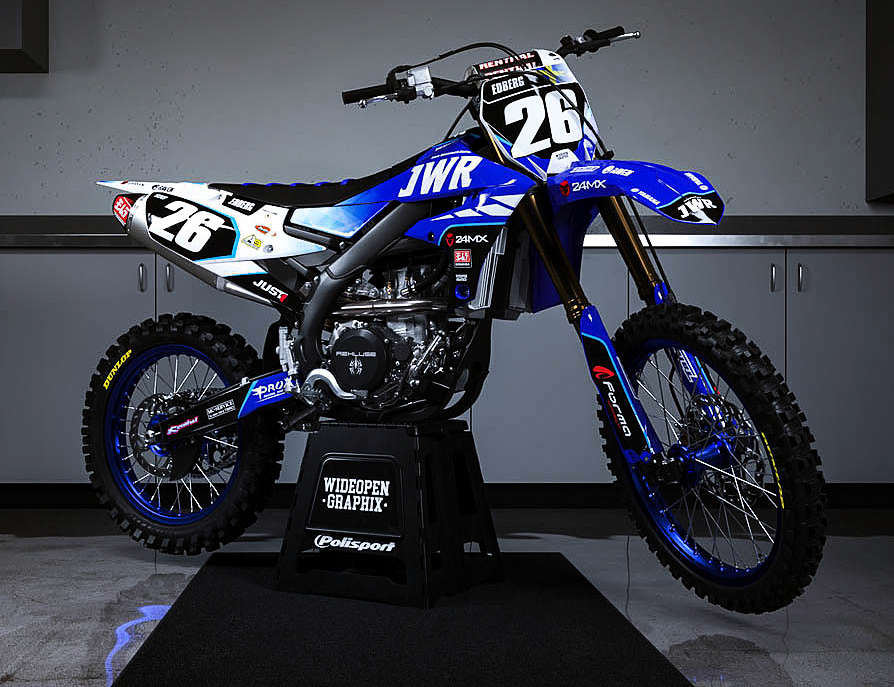 JWR Yamaha Racing is pleased to confirm that they will chase glory in the EMX250 division in the 2019 FIM Motocross World Championship, after signing Tim Edberg for the upcoming campaign. Edberg has faced a tricky term, as injuries restricted the amount of time that he spent on track, but he is keen to rebound with the help of the 24MX-powered team.

Tim Edberg enjoyed success in the EMX125 class a year ago, as he battled for podium positions and gained a significant amount of experience whilst pushing through minor injuries. Edberg then elected to move into the EMX250 class at the beginning of the previous term, in an effort to learn as much as possible, but faced multiple injuries. Now that he is one hundred percent and settled into the comfortable surroundings of a Swedish team, he has his head down and is testing for the opening round of EMX250 in March.

Tim Edberg: "I am really happy to join the JWR Yamaha Racing team, as this will be my third year with Yamaha Europe. I am stoked to find myself in a Swedish team as, being from Sweden, that makes everything easier for me. I have had some difficult years, especially this year when I was out of racing for almost the whole season due to injuries, but I hope to have a great off-season and work with my new teammates to be ready when the EMX250 season starts. I really believe that Johan [Westermark] has the tools needed for me to succeed and I cannot wait to start working with the whole group!"

Johan Westermark (Team Manager): "It is extremely exciting to enter a new class, EMX250, with a rising star from Sweden. I have watched Tim Edberg for many years now and strongly believe that he can achieve great things when the new season begins. There is no doubt that he will benefit from the knowledge that his teammates can pass on too, which will make for a great atmosphere beneath the awning!"