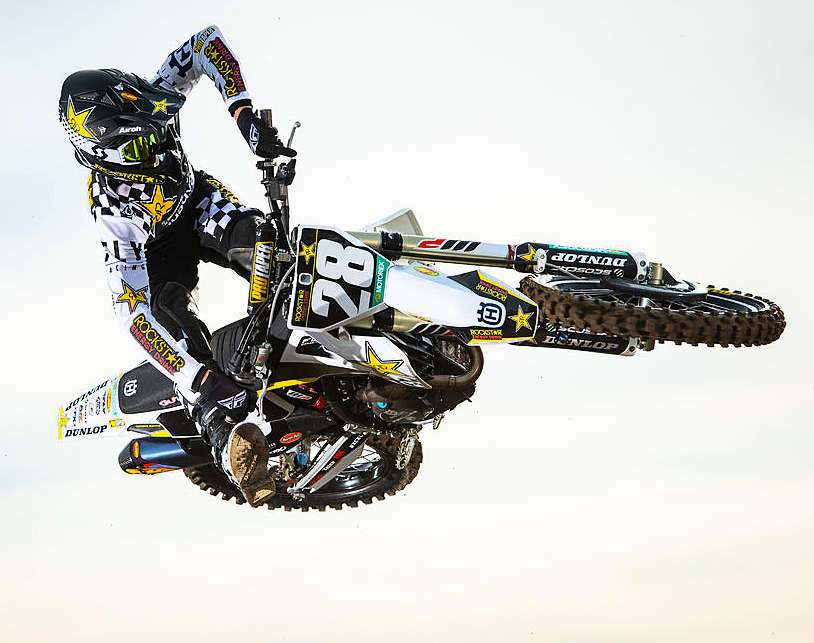 At the end of the 2019 Western Regional Championship last year, Rockstar / Husqvarna’s Michael Mosiman started finding top-five speed and results and that momentum carried into the 2019 Lucas Oil Pro Motocross Championship where he recorded three moto podiums and one overall podium. With that came loftier expectations for the 2020 season.

So far over the first six rounds of ’20 with four top-fives—including his first-ever 250SX podium—the #28 has shown that he is getting closer to breaking threw into that elite level of the 250SX class, but that progression has come with some hard hits and a lack of consistency. Going from a possible top-five guy to a guy battling for podiums and wins will usually come with some bumps in the road and Michael has hit a couple of those bumps this season.

With Michael hitting one of those bumps in Oakland and DNF’ing the main event after a painful crash, it was important that he rebounded with a solid night in San Diego before the 250SX West checked out for their 6-week hiatus. In the heat race, Michael impressed by coming from behind to pass the former red plate holder, Justin Cooper, on the last lap to finish second.

In the main event, Michael yanked the holeshot and led the field for the first four laps before the Austin Forkner-Dylan Ferrandis train came rolling through on lap five and pushed him to third. Two laps later Cooper pushed Michael back to fourth and from there it was a very lonely and uneventful main event for the factory Husky rider. Michael rode alone for the remaining 10-minutes plus a lap with an 8-second gap up to third and a 16-second gap back to fifth.

After his fourth-place finish in San Diego, MXlarge contributor Steven Loyer caught with Michael to talk about his night.

MXlarge: Michael, fourth in the main event tonight. You looked great tonight and starting to look like you belong up there every week. Can you talk about your day today?

Mosiman: We made some suspension changes this week and we didn’t get a chance to try it with our base. Like go back to base and try and back to back, because it was kind of a short weekend. In the first two practices, I kind of struggled, and then we went back to base for the third and it was, it was much better. I started really getting some flow in the whoops and just back to a comfortable feel. Even, believe it or not, all my starts, the other setting was like significantly worse. You know how important that is. I got a good start and the main and had a pretty solid heat. I think it’s just getting those stars and being up there. I think the speed is there.

MXLarge: At this point, is it just getting used to maintaining the speeds up front?

Mosiman: Yeah, it’s just getting used to it, and just doing it.

MXlarge: The way you race Forkner, you definitely look like you belong up there. It’s usually respectful between you two, but you guys got close out there again tonight. (laughs)

Mosiman: I made a dumb move to retaliate there. I pulled that same move on Cooper earlier and it worked out great, and it wasn’t even hardly dirty. But, the corner was a lot slower at the time ’cause it was more deteriorated. The corner was super fast, so for me to go in there..he was just shredding the turn too hard. To hit him would have been a nightmare. That was probably my one big regret on the night. After that, those guys kind of bonzai’ed by me and took the wind out of my sails a little bit. I wish I would have regrouped right there and just gone back to hitting my marks and doing what I knew best, but I just kinda made some small mistakes. It was really easy tonight. It was, you make a mistake in the corner and your whole whoop section’s done. You know what I mean?

MXlarge: It kinda seemed like everybody up front was riding a close pace. I think the leaders in 250 main lap all the way up to tenth. Alex Martin running tenth got lapped, so yeah, you guys are definitely moving. Heading into the West break and the series heading East, are you regretting the break is coming now? Now that you’re hitting your stride, or are you ready for a break from racing?

Mosiman: Yes and no. My body could use some healing. I’ve taken some big hits at some of these races so I could definitely use that. I got good momentum right now and we’re going to show up in Seattle ready and prepared and still with good starts. That one was pretty good to me last year. I think we’re like just over halfway, if not halfway. To really hit this next half solid will be fun. I’m excited.

MXlarge: Do you think a wins within reason for you?

Mosiman: I think it’s absolutely do-able. The speed it there. I gotta out there 15-laps and hold that. I’m only going to get better as this break goes on. My fitness is also going to get better. I’ll start riding some outdoors, getting my body right and my bike sweet. There’s a lot of progress that we made and I think going from this base into the rest of the season, I don’t see why not. 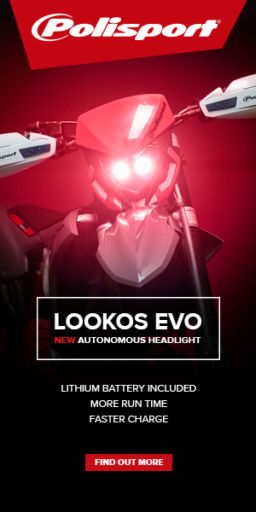