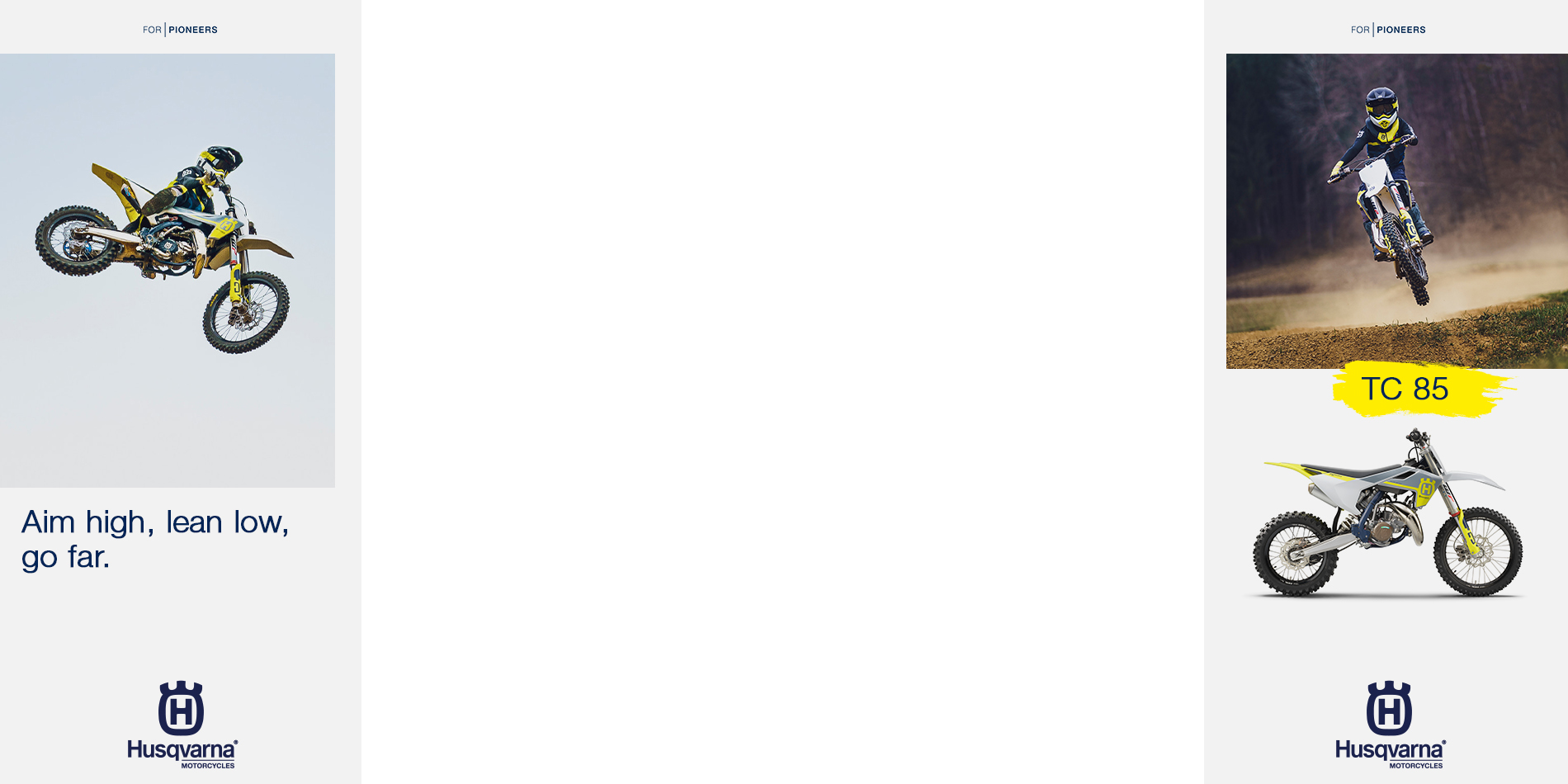 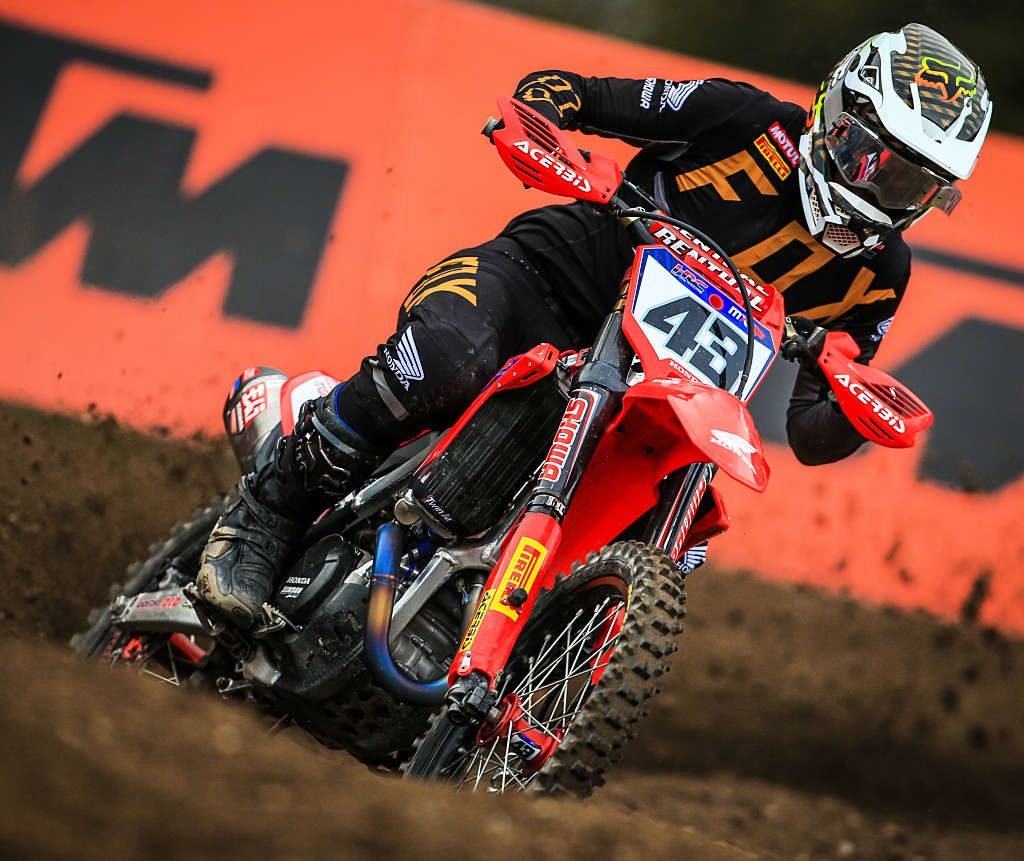 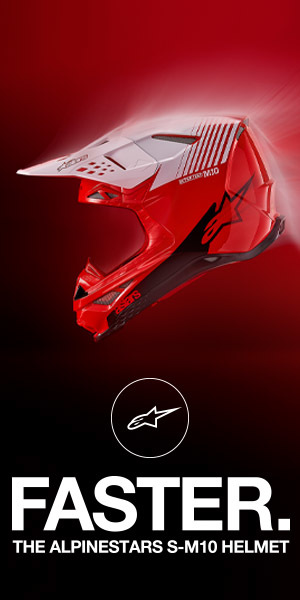 HRC factory rider Mitch Evans is starting to show some really good results of late. A solid third place in the MXGP qualification race in Trentino a month ago, only finishing behind Tim Gajser and Jorge Prado and then 13-6 results in Maggiora last weekend.

While he hasn’t shown his full potential in 2023, he continues to improve with his injured wrist and some minor health issues, the Aussie could be just a round or two away from being a top five overall guy, or even a podium man.

It won’t be easy as he tries to improve his horrible starts, which haunted him again in Italy last weekend, but you get the feeling he is coming. Once he does get back to where he should be, then he can start looking at team talks for 2023 and hopefully a factory deal again.

Living down in Hossegor, France, the same place another HRC mounted Aussie once lived in Jeff Leisk, way back in 1989 and 1990. Leisk of course would finish second in the World in 1989, before returning to Australia having gotten home sick. Evans isn’t looking at returning any time soon as he remains focused on his goal of being a GP winner and possibly even a World champion.

We caught up with Evans on Sunday afternoon after his impressive second moto sixth place finish.

MXLarge: Well done for the day, it was pretty good, but man, what is up with your starts?

Evans: Mate, I don’t know, you tell me. It is terrible they suck, but we don’t have an answer, we check the data, and everything is good. The second moto start was better than the first, in fact when I came out of the gate I looked across and thought to myself, sweet, I got the holeshot, but then when it shifted to third, everyone went around me. We still have the check the data from that one. I think what happened when I shifted to third the dirt was so soft, it just couldn’t pull it.

MXlarge: You must be super happy, for sure in that second moto, but in saying that, had you had good starts it could have been really nice.

Evans: Yes, I was like one or two seconds from top five, so I am pretty sure that is my best results this year, top six. I need to warm up a little better, I need to invest in a stationary bike, or something to leave in the truck. I need to warm up a bit better, because always the first moto I don’t feel so good and the second moto I feel ten times better. Riding wise feel much better and it was the first weekend I was able to charge. Good lap times until the end.

MXLarge: You also made a strong surge in the middle of the race. Tell me what happened there, because you made up two or three places really quickly?

Evans: Yes, I got stuck behind Tixier at the beginning and once I got around him, there was a clear road, and I could ride how I wanted to ride and put some good laps in and caught up to a couple of guys and made some quick passes and then a couple of guys fell. That made it easier for me. I just need a start and some clear air, like the Arco in the qualification race. It is like Vlaanderen, he also had good pace, but we both need to start at the front.

MXlarge: You don’t practice with Tim, do you?

Evans: No. Normally when we did testing at the beginning of the year in Sardinia.

MXlarge: So, he isn’t helping you with stuff throughout the season?

Evans: No, he has invited me many times to come to his place and ride, but its like 24 hours to get there. I think towards the end of the year, when there is a race closer to his place, we plan on going there and riding together.

MXlarge: It is pretty amazing the wide variety of tracks in this year so far and many more changes to come. How have you enjoyed that?

Evans: Yes, track wise, it has been really good. For sure I have missed it a lot sitting at home on the couch and even in 2020 we didn’t travel so much. It feels a bit new to me, but I am enjoying it. I look forward to a weekend at home, but I spent that weekend going to the doctors.

MXlarge: Why was that, for the wrist?

Evans: No, turns out I was low on vitamin D. It was crazy the difference when you take vitamin D supplements. Coming from Australia you don’t need that (the sun gives vitamin D). When I got the blood results back, I didn’t realize that was why I have been feeling crap and then I did some research and found out that all my symptoms were from being low on vitamin D. As soon as I started taking them, I felt better.

MXlarge: What were you feeling, just low in energy?

Evans: Normally when I get home from training I would just lay on the couch and go to sleep. Since taking the vitamin D I came home from training and was jumping out of my skin. I wanted to get up and do something. Even race weekend I would be tired between motos and want to sleep.

Evans: That is what I mean, I felt like an old man (laughing).

MXlarge: Hey, I am not an old man (laughing).

Evans: My practice mechanic would ask my mum if I was alright, he had never seen a rider so drained in energy. I was so tired on race and everyone else is raring to go. This weekend was the first race day where I didn’t want to have a sleep. I wasn’t thinking about having some caffeine of coca cola to wake up.

MXlarge: How is your fitness in general?

Evans: Well, since I started with those vitamin tables I have much more energy. I felt strong in the motos, and I didn’t look at the clock and hoped we had more laps, to get into the top five. Wrist wise, it is starting to get a little more painful. We tried some different painkillers before moto one, but that didn’t work well, so we went back to what I normally take.

MXlarge: Will the wrist ever improve?

Evans: I don’t know, I am optimistic, and the doctor told me one year after surgery, which is July, so I am trying to be a positive as I can. I know once the season is over and I have some time off, it will get much better.

MXlarge: Obviously now is the time riders start to talk to teams about 2023 and you have Fernandez riding well on the Honda, you have Vlaanderen riding well, and he rode a Honda in the past. Does that bother you at all, or you are not busy with that?

Evans: At the moment I am just focused on myself. I know what I am capable of if I am fit and strong and I get good starts. I just need to focus on myself and get some top fives and they will come knocking.

MXlarge: I know in the past you have told me you don’t really look at the calendar, but are there any tracks coming up you look at and want to race?

Evans: Yes, I am really looking forward to going back to Madrid, I want a bit of redemption there. I feel like that is a track similar to Australia, smaller and not so hilly and I look forward to that. I like tracks like that, rough and technical. I also look forward to the sand.

MXlarge: Last question and I know it is a long time off, but any news from the Lawrence brothers about the Motocross des Nations and the forming of the HRC Team Australia team?

Evans: Actually, my mum was there for two weeks with them in America and there is talk, as the Lawrence brothers train at the 83 compound and that is where Michael Byrne (Australian team manager) does some coaching. There is talk there, but of course the team will come from the four riders in America or here in Europe, Jed (Beaton), myself or the Lawrence brothers. Unless one of us is injured, then the team will come from us four. 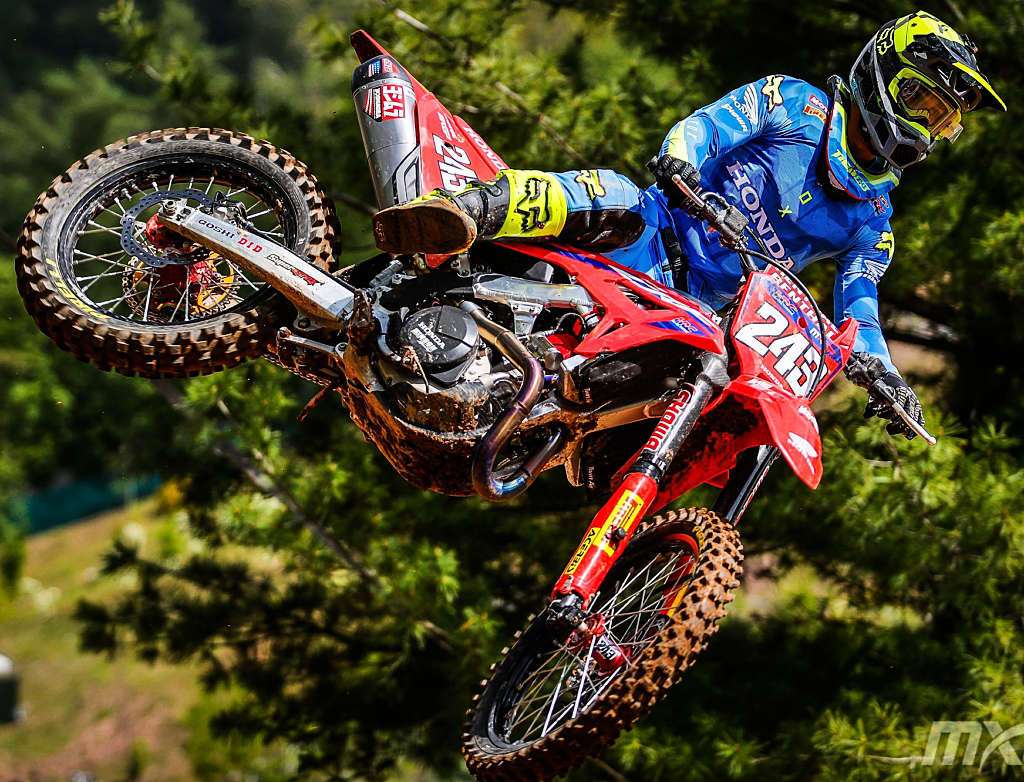 MXGP of Sardegna - Entries and Schedule 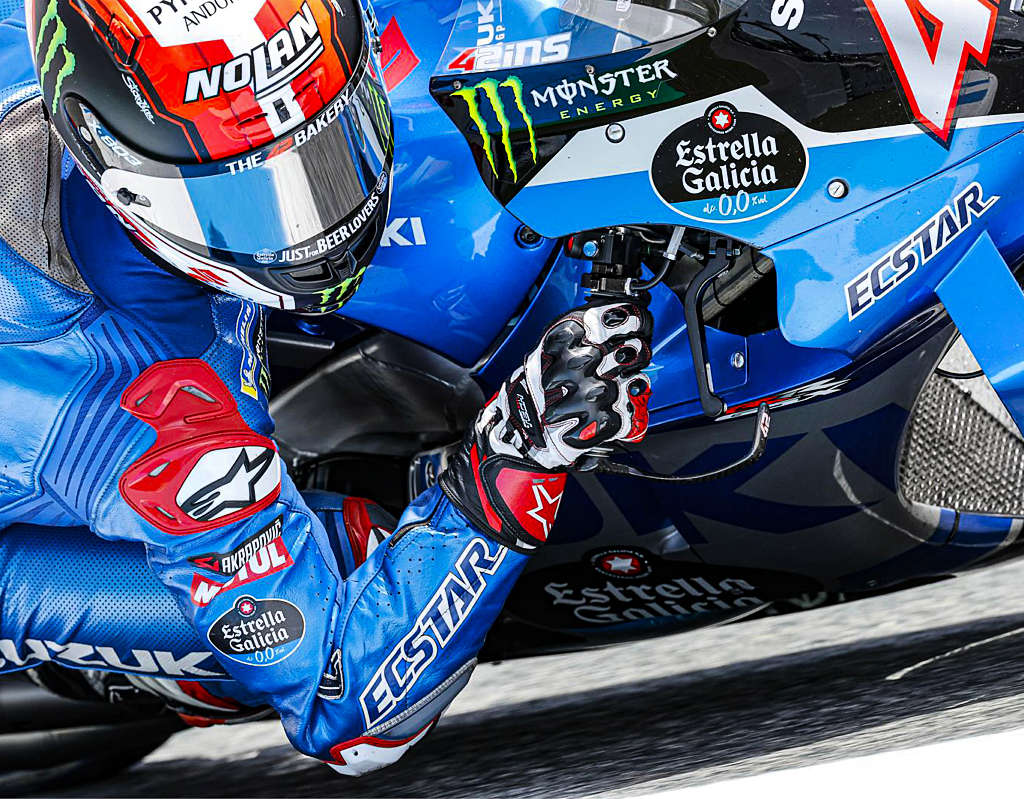 Suzuki Out of MotoGP - Official 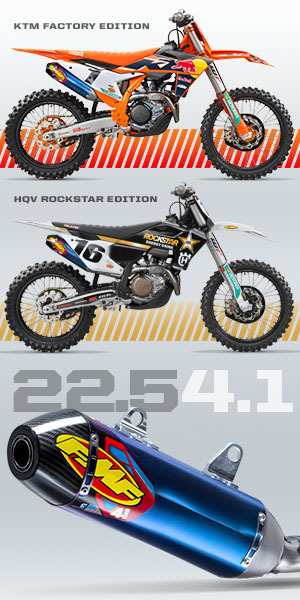 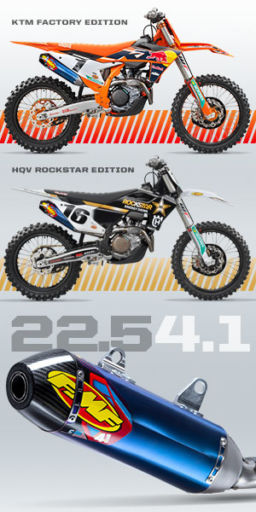 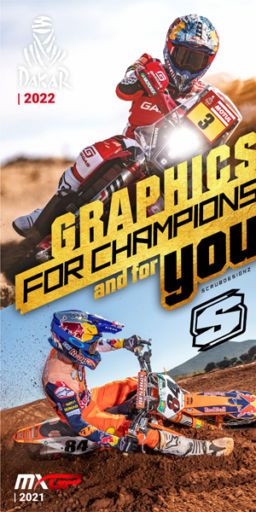 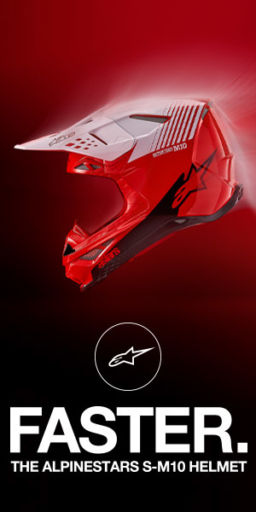