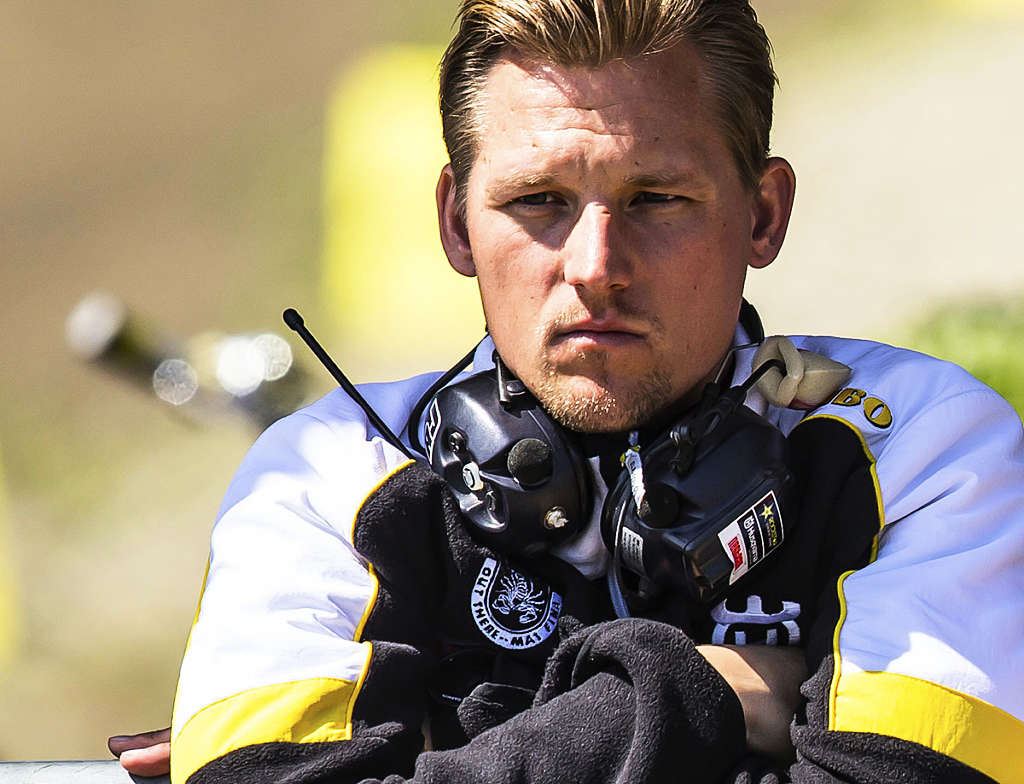 Rockstar Energy Husqvarna Factory team trainer Rasmus Jorgensen has been working hard with his riders this winter, and feels confident, he has two riders that will be at the pointy end of the championship come September.

With fellow countryman and friend Thomas Kjer Olsen and Australian Jed Beaton under his wing, the Danish trainer is excited for the first round in Argentina, and hopes that their off-season preparation will see his riders reach their best level as the season rolls around.

We caught up with Jorgensen last night and talked about what’s been going on down in Redsand, where so many GP riders are preparing for 2019.

MXlarge: Where are you guys at the moment?

Jorgensen: We are down in Redsands.

MXlarge: Like so many other teams, you have two very solid riders, but it seems like you can say that about five or six teams in the MX2 class. How has the winter been and your riders preparation?

MXlarge: How about the bike, have there been improvements?

Jorgensen: Yes, we have a new engine and the riders love it, they really love it. The bike itself, we stay on the 2019 model, which is the model we raced last year. The only change is the engine.

Jorgensen: The factory boys ran the 2019 production bike in 2018, and normally there is two years between a new one coming out, so they race the 2019 bike again this year. 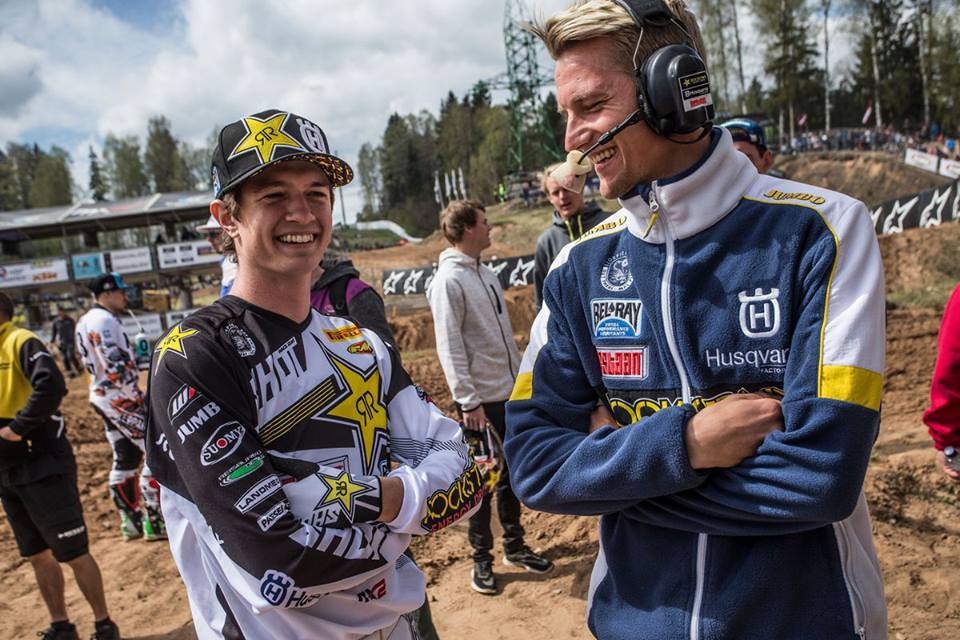 MXlarge: You mentioned Jed, he had some good results in 2018, not at the level of Olsen, or Prado, but he rode very well on some occasions. How are his lap times compared to Thomas or some of the other MX2 guys down there?

Jorgensen: His lap times are right there, but the consistency, because of his time off the bike, he needs to build that. He was on the couch for five months, but not only on the couch, but on the couch with two broken legs, so you can’t even keep the blood flowing. So he pretty much started from zero and obviously that is a tough position to be in, but he is a hard worker and he will get there. Speed wise, I am not worried at all, he is fast.

MXlarge: When you talk about that condition and consistency, Argentina and Valkenswaard, two of the first three rounds you really need good condition there. A lot of having to stand on the pegs in those tracks. I can’t imagine the expectations are very high for those two rounds?

MXlarge: I was speaking to Darian Sanayei and he mentioned he might come in 70% due to him coming back from injury.

Jorgensen: Yes, he is in a similar situation to Jed.

MXlarge: Obviously Prado is the favourite, he is riding for the KTM team, which is considered the best team in the paddock and their results show that. What do you tell you riders leading into a battle with Prado?

Jorgensen: Well, for us it’s easier, because we have the same bike, so we are equal. The only thing Prado is a small guy and I have two riders in the 80kilo club, so maybe 15 kilos more than Prado. I tell the riders, we can’t change these things and we try and be better in all areas. We are all training hard, and a guy like Thomas, having become third last year, he wants to improve and battle Prado for the title, or Watson. In general we try and improve all areas. Starts are important with our two heavy guys, so we are doing a lot of starts. That is one of the strong points of Prado, he is always there in the start. Thomas is a heavy guy, and sometimes struggling in the start and Prado could be 10 seconds gone, you can’t do that with Prado.

MXlarge: The mental side of the rider is probably as important as anything else. I can imagine you need to try and break Prado’s spirit in the races. Maybe rough him up a bit?

Jorgensen: Yes, obviously we have to fight back and not let him win five races in a row, that isn’t what you want to give Prado. I think Prado has matured a lot, when in Turkey he seemed to break down in pressure, a week later he bounced back. He is an incredible rider and is hard to beat, but we are working our asses off and try and beat him.

MXlarge: Being down there in Redsands, you see a lot of guys there. I know Herlings has been there a lot, Simpson, many guys. Who has impressed you down there apart from your own riders?

Jorgensen: We are here about the same time as Jeffrey, and we are often training on the same tracks. You know, talking to him and I have seen him ride a lot. Is he faster than last year, I don’t know, he is really sharp, he is ready that is for sure. When you are going that speed, and he is obviously the fastest down here, it’s hard to really gauge how fast he is compared to last year. He is in a good position and looking as sharp as ever. Conrad is riding really well, even Bas on the KTM and Max on the Standing KTM. It’s our fourth year in Redsands and to be honest, most of the top ten guys, they are similar, and it’s been like that for many years. Like I said before, everyone on the same track, it’s hard to judge.

MXlarge: What about the Jacky Martens team, have you guys had any changes within the team?

MXlarge: How is Tom Vialle looking on the KTM?

Jorgensen: He is looking really good. I am sure he is going to surprise some people. I think for him, speed wise he is really good and it’s a learning year and he can go to Argentina and do okay and not crash and build his year. It wouldn’t surprise me to see him top five or even make a podium.

MXlarge: What races will you guys do leading into Argentina?

Jorgensen: We will do Hawkstone Park and Lacapelle.

Jorgensen: Yes, it is a combination of things. When the first calendar came out, we had a week in-between, but now it’s just seven days. It is just to get the first gate drops out. Doing donuts on practice tracks you feel great, but it’s when the gate drops and the pressure is there, you need to get the feeling where you are at, bike wise and race pressure. At the moment it looks hard pack and frozen, but it can change really quickly.

MXlarge: What are the goals for Argentina?

Jorgensen: Obviously come out healthy, for TKO last year was a really good race for him, making the podium, I think he finished second in Argentina. His goal would be podium, but for Jed it is a different situation and after the injury we don’t want any pressure. If he can come home from Argentina with some good points, then he has three weeks to prepare for when the season really starts. 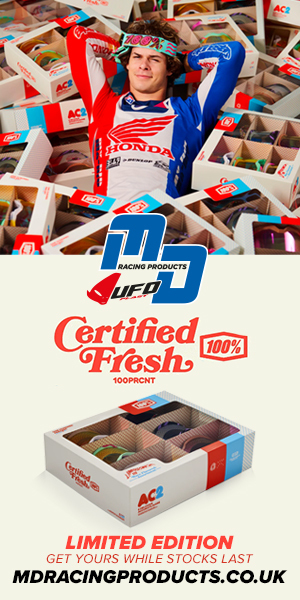 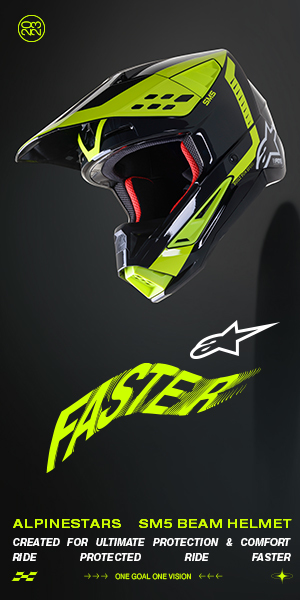 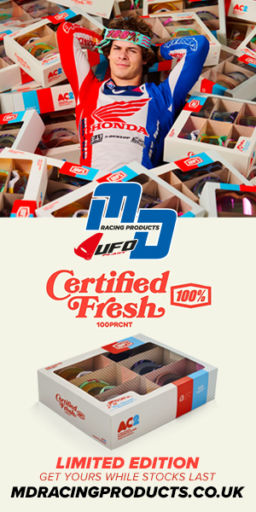 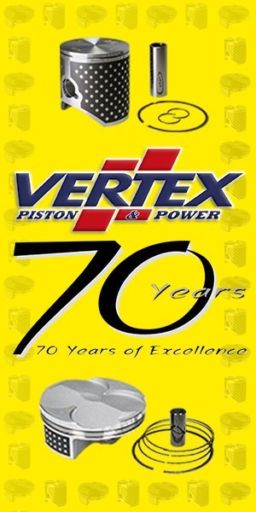