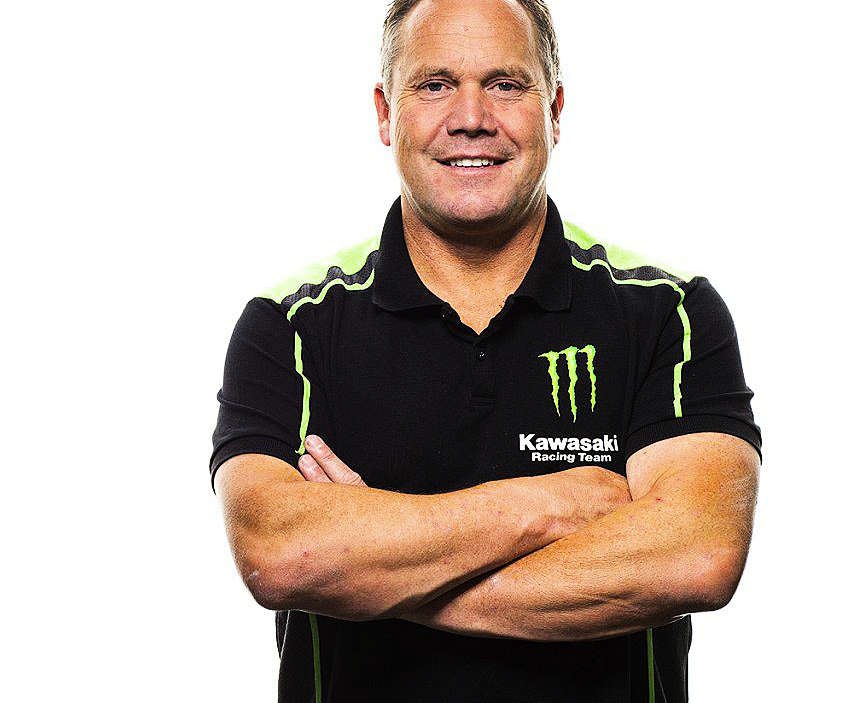 There are many legends in the sport of motocross, be it names like Ricky Carmichael, Stefan Everts, Roger De Coster, Antonio Cairoli, Jeremy McGrath or Eric Geboers, but it isn’t just the riders who have given this sport so much.

Steve Dixon might not have raced at the highest level, but his contribution to the sport is without question legendary. Now three decades in the sport, Dixon will go down as one of the most passionate people in Grand Prix history. As a mechanic, team manager, team owner, GP and MXoN promoter the likeable Brit has done more for the sport than most.

While there are the really big names in our sport in Europe, people or organizations like Giuseppe Luongo from Infront, Sante and Gabriele Mazzarolo from Alpinestars, Stefan Pierer from KTM, or maybe the Lariviere organisation from the Bercy/Paris Supercross, down the list of “important people” the name of Steve Dixon sits nicely among other great team owners or promoters.

Matterley Basin is without question, one of the best motocross tracks in the World. The brainchild of Dixon, this circuit has held a dozen GPs and a couple of MXoN, and while it isn’t on the calendar for 2021, it could pop up at any moment, once this whole Covid 19 is over.

We decided to give Dixon a call and talk about the history of this great circuit and what it took to first run a GP and an MXoN, and then how he was able to get the circuit back on the calendar after that dramatic and rather chaotic 2006 Nations.

MXLarge: Tell me, have you ever had any problems with the environmentalists about Matterley?

MXlarge: And the farmer who owns that land, how long will he own that land you think?

MXlarge: Does it go from family to family?

Dixon: Yes, his son owns it now, and he loves it.

MXlarge: Lets go through the history of Matterley, because I remember the first time, we arrived everyone was like WOW. Did you expect that response from everyone?

Dixon: Obviously it was a rush, because basically I ran Matchems and we had trouble there and we needed a new venue. So, I was looking at Farleigh, but Farleight isn’t what is used to be, with all the fields around. We thought it would fit it all in, because in 2006 we had the GP and also the Nations and we thought it would be okay. Then we went to Ernee in 2005, and the crowd was so big, we figured there is no way we could fit a crowd like that into Farleigh Castle. It was like Holy Shit; I don’t think this will fit. Obviously, the crowd would but with the infrastructure of the paddock and the amount of people that eventually did turn up to Matterley Basin, it wouldn’t have fit in. I thought, you know what, this will actually ruin Farleigh, and had we held it there, it probably would have been the end of Farleigh as a motocross track, it would have been mayhem.

MXlarge: Just quickly, that 2005 Nations at Ernee, that was really the start of something really big with the MXoN wasn’t it. We had gone through some bad years with America not coming in 2001 at Namur and not coming to Lierop in 2004, 2002 didn’t go ahead because of problem going to Competition Park and 2003 at Zolder was also a bit hit and miss as Team USA sent a team that seemed like America was losing interest in the event, then we have 2005 with a good US team and the whole Carmichael vs Everts thing.

MXLarge: How quickly could you get Matterley Basin sorted?

Dixon: Matterley Basin was obviously just a field, and I had always looked at the bowl around the corner from Matterley where they held the festivals. That is how it started. I went there and knocked on the farmers door, just a cold call to ask if anything was possible.

MXlarge: How was the farmers first response to such a thing?

Dixon: He said, well, you can’t do it in the bowl, it is too open, and we would have trouble with the council, but he said he had another field close by, with two trees in it. Then I got Johnny down to look at it.

MXlarge: What was your first feeling when you saw that place, where Matterley is now?

Dixon: Well, I thought, wow, this is perfect and hidden away, nowhere near anyone for noise, and a perfect valley. Johnny and I just sat in a field and looked at it for a week. Then we had huge problems with planning, as it was election year at the local council, and nobody wanted to put a foot wrong. The GP was held in June and we had to tip-toe and build the track, and then it was brilliant. That first one was a really good GP with everyone up, including the riders up in the entertainment area and the weather was perfect. It was a really good vibe. We used so much water, so we had to invest in a water system. Obviously, the des Nations was just WOW.

MXlarge: If you thought you couldn’t fit people into Farleigh, you nearly couldn’t fit them into Matterley, that was one of the really crazy and amazing weekends the sport has ever seen.

Dixon: I mean, that was generally that was the biggest crowd I have ever seen at a race. Then we had that big storm, hurricane Gordon and everyone was trying to get it. It was so successful, it was unsuccessful, and it will go down as one of those ones, like Woodstock or Glastonbury. There were people everywhere, but the racing was unbelievable. I still watch the video of Stefan (Everts) and James (Stewart) having the banter about it all being for the team and Stefan saying Ricky (Carmichael) would have raced him for the overall. I will always remember when Billy (Mackenzie) got into the lead and he was my rider, I had goose pimples all over my body.

MXlarge: What GPs at Matterley stood out for you?

Dixon: I mean, the more recent ones I have been able to stand back and enjoy the racing. The first ones were difficult, because I was so involved. Now I hand it over to my team and I can relax more and enjoy it with my team.

MXlarge: So obviously the local council and police were not very happy with Steve Dixon and his motocross race. How did it come around again after that chaos of the 2006 Motocross of Nations?

Dixon: There was so much chaos and I didn’t think I would ever run one again. I wanted it to be the home of the British GP and the ACU contacted me, and a guy called Jim Parker, who was in charge of the ACU asked if I would help run it. So, it was going to be run by the ACU, but later on, they did a U-turn and Youthstream said it is too far down the line, we have to keep it on the calendar. So, the event has been by me and Youthstream in a partnership.

MXlarge: I guess for you that works well, because it takes away a lot of the risk involved financially. You have had some good years, but also some bad years with weather and things. Has it balanced how, does the GP now cover itself?

Dixon: We are on top of it. The costs are lower, we have so much in place like the watering system, the paddocks hard base, the pipe work and the internet, and everyone knows how to do it.

MXlarge: I remember talking to you about it maybe being on the calendar for 2021, and Giuseppe sort of said the same thing, but its difficult now with the Covid 19 situation in UK isn’t it?

Dixon: At first, they said they would wait until January to see what is happening with Covid 19, but obviously at the moment it is difficult to make any decision. We also have Brexit and the vaccine, but I talked to the Police in December and they all said that the big outdoor events in 2021 are still being planned for June, July, and August. I think, with the way they do testing, I think Britain is more up for doing things. The local council want to support it, and you will always get some rowdiness, but in general they don’t need drug squads or anything like that at a motocross event. The British GP needs to continue and obviously now it is an old school track. It is 15 years since we started going there and it is an open and relaxed track and a great social gathering as well.

MXlarge: What gives you the most pleasure from your career?

Dixon: I am lucky I am in a job where I can continue setting new goals. Whether it was Billy (Mackenzie) winning his first GP or Malin winning his first British GP or winning the Nations as a mechanic, or Zach (Osborne) winning, or Max (Anstie) beating Herlings, or Ferris winning a GP, the first GP wins of Andrew (McFarlane) and we are lucky we have that type of job where we set our own goals. 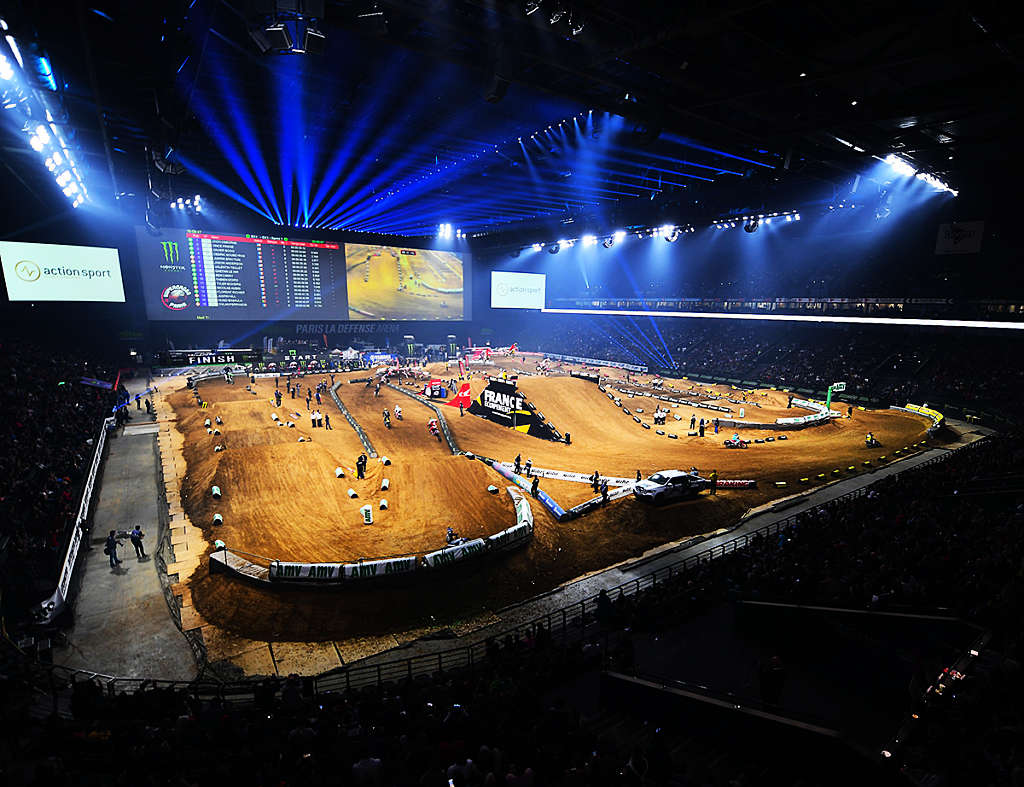 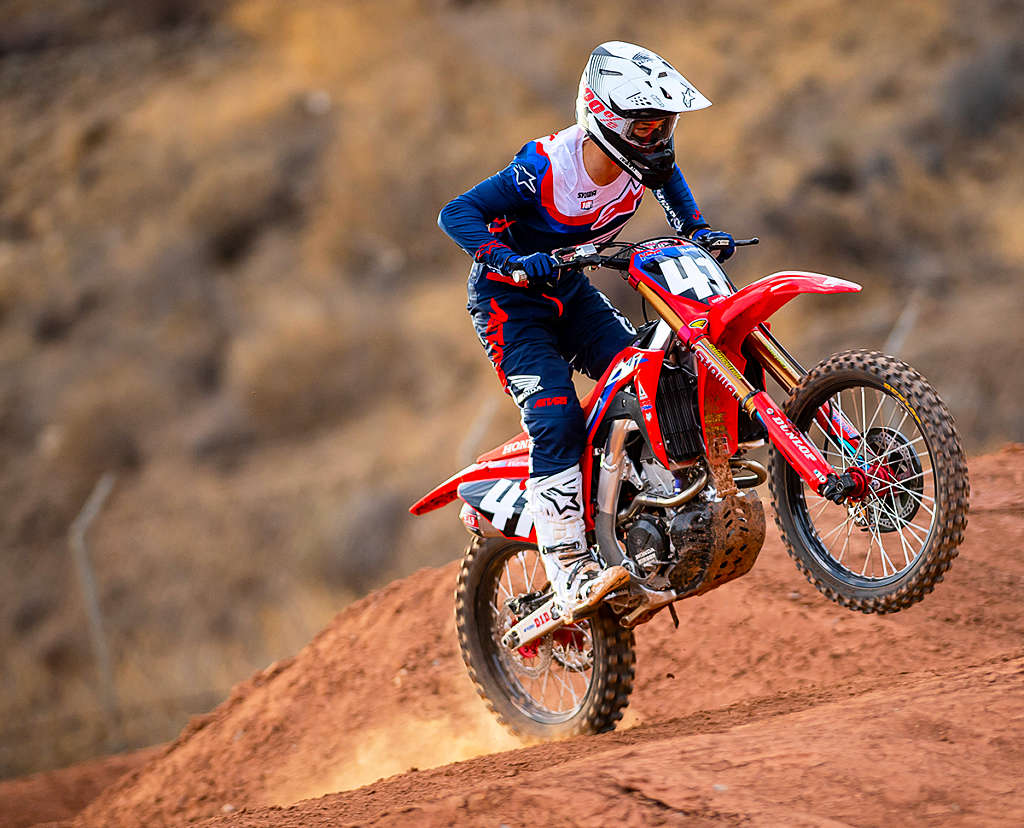 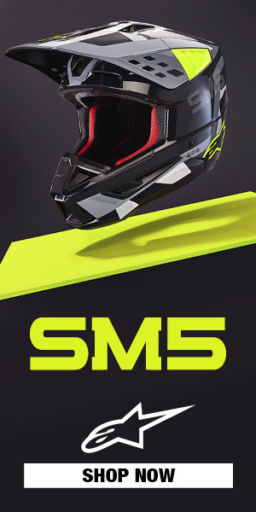