The Legends and Second Place 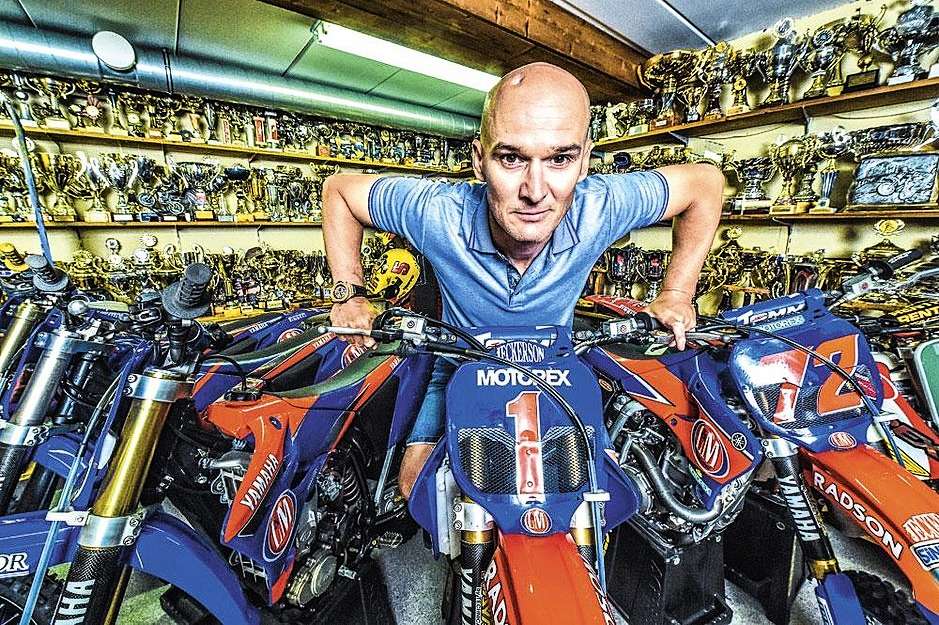 You can only really call one rider the greatest right? Statistics wise, its Stefan Everts and I am very much a statistic man. You can make an argument Antonio Cairoli is the greatest, but he trails Everts in both championships and GP wins, and it doesn’t matter where you started in the sport, its where you finished to be the greatest and Stefan started with a factory Suzuki and ended as the King. That’s just the way it is.

You know our legends of the sport are all well known, and starting from the Everts who has 10 World championships and 101 GP wins down to our newest legend Jorge Prado with his two World MX2 championship and 31 GP wins, the list is a special one. So, what defines a legend in my books?

In my opinion it usually goes by number of titles or GP wins a rider has, or, for instance somebody like Mickael Pichon, or Hakan Carlqvist it can be not just titles (both have two each), but who they raced, and what they meant to the sport, maybe even what type of character they had as a racer. From memory Pichon has 31 GP wins and Carlqvist a 20, but Carlqvist raced in an era that GP victories were hard to come by, a lot harder than Pichon in his 250 reigns.

Some might laugh at somebody so young as 19-year-old Jorge Prado in the legends list, but hey, he has two World MX2 championships and those 31 Grand Prix victories. Sure, those victories are only in an aged out MX2 class, but those 31 GP wins still place him very high in the all time GP winners list and that counts for something. He is one place ahead of Gaston Rahier (on GP wins), another small bike specialist who had three World 125cc Motocross championships and 30 GP wins. Rahier rode for the Suzuki factory in a time, when, well, it was like KTM in MX2 now, near unbeatable machines. Rahier is without question one of our legends.

What I would like to do in this article is look at our legend’s competition, and find how who finished second to the legends in their championship years, because there in itself is an untold story about how good that championship was. I did pick only riders with three or more championships, although started with our first double World champion, Bill Nilsson, because his record was an impressive one.

20 men and their bridesmaids

Bill Nilsson, who was the sports first double World champion. The tough Swede finished ahead of Rene Baeten in 1957 and ahead of Sten Lundin in 1960. Now both those riders would win World championships, Baeten just one and Lundin two. In fact, both Lundin's titles came ahead of Nilsson, as did Baetens. So, for that five-year period (the first five in his championship history), Nilsson went 1-2-2-1-2, not bad was it. Nilsson also won 15 GPs in his career.

Another Swede and our first real superstar of motocross was Torsten Hallman. Hallman, who won four World 250cc motocross championships, but also ventures to America to teach the yanks how to race, also worked with Yamaha to make the famous mono-shock machine and started THOR Racing. Yes, Mr Motocross was without question a shining light in our sport and remains one of my favourite legends. A true gentleman, Hallman won his first title in 1962 and beat future two-time 500cc champion Jeff Smith. His second title he beat Vlastimil Valek, and his third and fourth championships he beat Joel Robert. Yes, the competition wasn’t easy for “Mr Motocross”. Hallman also won 37 GPs in his career.

Of course, once Hallman was a past World champion another legend arrived in Joel Robert. Robert won his first title in 1968 and beat Hallman, who had already assumed his four world titles, so that victory must have been special for the Belgian. Robert finished ahead of Sylvain Geboers in 1969 and 1970, and ahead of Hakan Andersson in 1971 and 1972, before his reign as champion was over. Robert won 50 GPs in his career.

With one legend gone from the winner podium, another arrived, in the name of Roger De Coster. Known as “The Man” Decoster won his five 500cc championships ahead of Ake Jonsson, Paul Friedrichs, Willy Bauer, Heikki Mikkola and Gerrit Wolsink. De Coster also won 36 GPs in his career.

Of course, Friedrichs was himself a three-time 500cc champion and won his three 500 titles from Rolf Tibblin, Jeff Smith and John Banks. The German would win 28 GPs in his stellar career.

Finnish great Mikkola won his four titles from De Coster in 1974, Guennady Moisseev in 1976, De Coster again in 1977, Brad Lackey in 1978. Not bad from the tough man of the sport, as all were former or future World champions, and all won multiple titles (Lackey won one World 500cc championship and an AMA 500cc championship). Mikkola won 32 GPs in his career.

How about Gaston Rahier who won three World 125cc motocross championships, beating Gilbert de Roover in 1975, Jiri Churavy in 1976 and Gerard Rond in 1977. None where world champions, but the 125cc class was very new and believe me, Rahier was a legend and won a stunning 30 GPs in his run of perfection.

Russian legend Guennady Moisseev won three 250cc championships beating Jaroslav Falta, Vladimir Kavinov and Torlief Hansen. The career of Moisseev will always be one of the most intriguing in the sports history and question marks ruled back in the days of deceit and drama. Moisseev only won 14 Grand Prix’s in his three championship victories, and he is just ahead of South African Greg Albertyn for the lowest number of GP wins for somebody with three or more titles.

Harry Everts won four World motocross championships, beating Hakan Andersson in 1975, Akira Watanabe in 1979, Michele Rinaldi in 1980 and Eric Geboers in 1981. So, the father of Stefan only had World champions behind him in those championship winning years, and his status is never of question. Everts won 23 Grand Prix’s in his career.

How about Georges Jobe? He won his first of five championships by beating Kees van der Ven in 1980, Danny Laporte in 1983, Kurt Nicoll in 1987, Jacky Martens in 1991 and Nicoll again in 1992. While Jobe is clearly a legend of the sport, his competition wasn’t as strong as let’s say Malherbe who won only three championships, or Dave Thorpe, who also won three championships. Jobe won 28 GPs in his career.

Before we get to Thorpe, let's talk about “The Kid”, Eric Geboers. This is one legend I am a little surprised at his lack of really strong second placed men in his championship years. Geboers beat Corrado Maddii in 1982, then Michele Rinaldi for his second title in 1983, then Pekka Vehkonen in 1987, Kurt Nicoll in 1988 and Nicoll again in 1990. So while Rinaldi and Vehkonen were single World champions, I really expected Geboers stats to be loaded with names like Thorpe, Carlqvist, Malherbe, Jobe, but it seems in the years Geboers won, those guys struggled with injuries or other problems. That doesn’t take away from the fact, “The Kid” belongs among the all-time greats and he also won 39 GPs in his career.

How about Dave Thorpe, the British legend won three 500cc titles right in the middle of that golden era and this is where I always find the number of titles not always a clear statistic of how great a rider was. Thorpe beat Malherbe in 1985, and third man in that championship was Eric Geboers, a year later Thorpe did the same job on Malherbe and Geboers as they finished second and third, and then in 1989 it was Aussie Jeff Leisk who finished second and Geboers third. Yes, Thorpe didn’t mess around and could ever so easily have been a five-time champion. Thorpe won 22 GPs in his career.

With the 1980s out of the way, the name Stefan Everts appeared on the scene and we all know how many titles he won. His first in 1991 he beat Bobby Moore, his second in 1995 he beat Marniqu Bervoets, then in 96 and 97 again Bervoets. His reign of supreme though came as we arrived with the new millennium, and in 2001 he beat Joel Smets, 2002 again Smets, 2003 Smets and Pichon, 2004 Pichon, 2005 Josh Coppins and 2006 Kevin Strijbos. Yes, riders like Smets, Pichon and even Bervoets were of the highest class, and “The King” handled them on every occasion. Everts won 101 GPs in his career.

Hidden in the midst of Everts title reigns you can’t forget three-time World champion Greg Albertyn, who beat Dave Strijbos in his first title in 1992, then beat Everts in 1993 and Everts again in 1994. Yes, the South African could have been the greatest, but moved to America and won himself an AMA 250 championship. In those three years of control, Albertyn only won 12 GPs, rather amazing considering he won three titles. In fact, he is the lowest in GP wins for somebody with three championships.

While Everts was rushing through championships, his fellow Belgian Joel Smets was also making a name for himself, winning five championships, and while Smets didn’t always race the premier class, he did deserve every bit of success as he showed in his MXdN performances. Smets won his first in 1995 beating Trampas Parker, then beat Darryl King in 1997, King again in 1998, Bervoets in 2000 and finally Javier Vico Garcia in 2003. Marniqu Bervoets like Kurt Nicoll a decade before should have been crowned World champion in a career that deserved so much more. Smets won a stunning 57 GPs in his career.

As the Belgian veterans were battle for their legendary status, some little Italian kid was starting his. Antonio Cairoli won his first of nine in 2005 beating Andrew McFarlane, then beat Tommy Searle in 2007, Max Nagl in 2009, Clement Desalle in 2010, Steven Frossard in 2011, Desalle again in 2012 and 2013 and finally Jeffrey Herlings in 2017. Now, not the same list of second placed men as some of the other legends, but lets place Clement Desalle in the same basket as Kurt Nicoll and Marniqu Bervoets as a guy who should have won a World championship, and while that 2017 victory over Herlings is deserved, it was the season Herlings was injured, but then again, if we go into who was injured in seasons, every single legend would have question marks against his name. Cairoli has without question been the king of the last 15 years. Cairoli has won 89 GP wins in his career.

And suddenly we are into the present, and we come to a four-time World champion in Jeffrey Herlings. His first title came in 2012 when he beat Tommy Searle, then in 2013 he beat Jordi Tixier, he beat Jeremy Seewer in 2016 and his crowning glory until now was to beat Cairoli in 2018. Of course, the career of Herlings is a long way from being over and a victory over multiple champions Tim Gajser and Cairoli in 2020 would really skyrocket his legendary status. Herlings has 88 GP wins to his name so far and no doubt he will crack the 101 before his career is done.

Finally, the MXGP champion of present and a three-time World champion, Tim Gajser beat Pauls Jonass in 2015, Antonio Cairoli in 2016 and Seewer in 2019. His GP tally is 24 and climbing. Like Herlings, a victory in 2020 over Herlings and Cairoli will raise his legend to another level and a fourth World title. 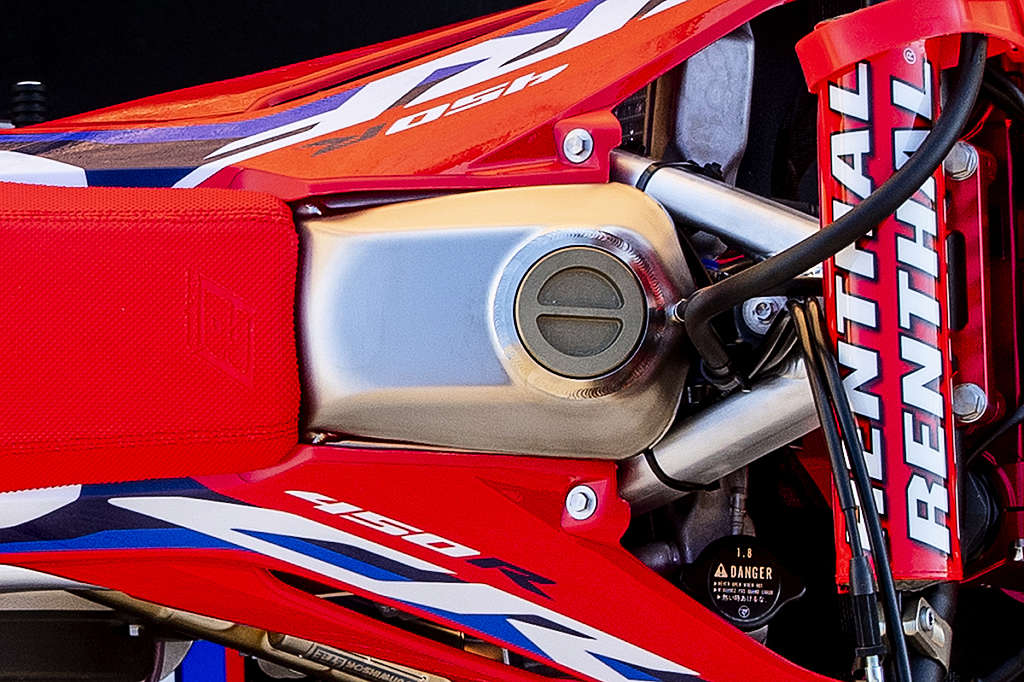 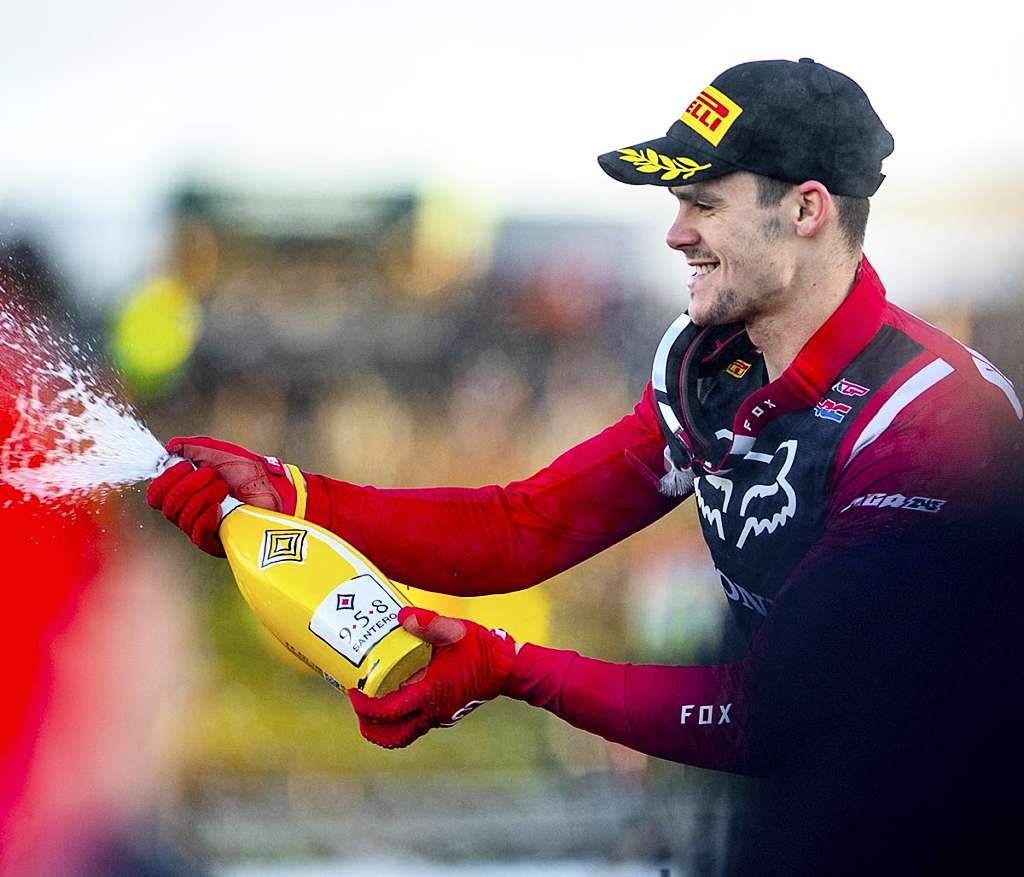