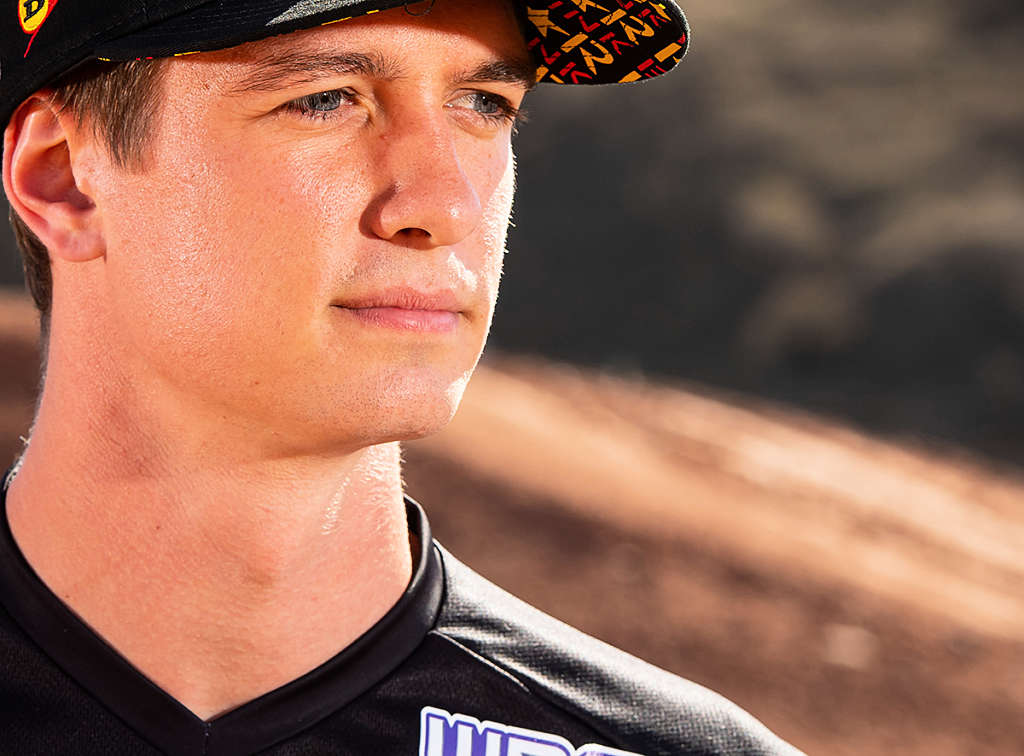 The always popular American racer Thomas Covington is returning to Europe and the toughest motocross series in the World, the MXGP class. The Gebben Van Venrooy Yamaha Supported MXGP Team rider knows it won’t be easy up against the 450 boys, but he also knows hard work will be an important ingredient to getting as close as possible to the likes of Herlings, Prado, Gajser and Cairoli.

We caught up with him as he was making a cup of coffee and his morning breakfast in California and as always, he gave us a good insight into his mind set and what goals he has set for himself for 2020.

MXlarge: Firstly, welcome back. I can imagine you are not that happy about the way your US experience went, but I remember when you left at the end of 2018, you felt disappointed to leave the GPs. How do you feel about it?

Covington: You know, I am excited to go back to the GPs. Unfortunately, this year didn’t go to plan, what with the illness and a couple of small injuries, it just wasn’t my year really. Had a lot of things working against me. I am really excited with this opportunity with Yamaha and like you said, I was a little bit sad to leave last time and it will be nice to get back and be back at the races in Europe.

MXlarge: I was watching one of those Redbull MX World videos and Ken Roczen mentioned how much easier going Grand Prix is to racing in America. More breaks in the calendar and a more enjoyable feel in the paddock. Can you relate to that after your year there?

Covington: I think I enjoyed it a bit more racing in the Grand Prix’s. I only did one year (in USA), but the weekends go a lot quicker and it is over before you know it. It is wide open all day and then you are packing up and heading to the next one. It is different and I can see why Roczen was saying that. It is more of a business mind-set and you are there to do a job and maybe more pressure. At the end of the day though, it is still just riding dirt bikes.

MXlarge: Obviously you have Calvin Vlaanderen and Alessandro Lupino in the same team. Do you know those guys at all?

Covington: I know both of them a little bit, not too well. I was team-mates with Lupino when I first came to Europe when I was 17, so it will be cool to be in the same team with him again, and I had some really good battles with Calvin in the past and it is a decent relationship. It would be cool train with those guys and spend time with them.

MXlarge: Looking at the results from Lupino and his starts, it seems the team is a good one. Have you watched his results at all?

Covington: I mean, I didn’t follow every race, but I did see Lupino had some solid results this year, so the team knows how to build a good bike. It will also be nice to ride with him and see how my speed is compared to him.

MXlarge: Calvin will also be making his debut in the MXGP class and I guess that will help working together and checking each other’s speed on the bigger bike?

Covington: Yes, for sure. Having two guys like that on the team is never a bad thing and it should make us all better. Also, I will be working with Joel Roelants again and training with a couple of other guys he is doing. I am looking forward to getting back to the sand in Belgium.

MXlarge: Can’t imagine you are looking forward to getting back to the cold weather in Belgium?

Covington: I got some messages yesterday from people telling me to stay in California because it is too cold in Belgium.

MXlarge: You are not a big guy on the 450, which should help your starts. I was speaking to Prado at the end of the year and he mentioned he is building up for the bigger bike. Of course, he is only 18 and his body is still growing, but are you doing anything to build your strength?

Covington: For me, I am not too worried about bulking up. I think for me it is more riding time on the bike and develop the muscles I need to on the bike. If you ride the bike the right way that will work for you.

MXlarge: I think we spoke about it in the past, but you should be nice on the 450 because you have a nice technical style. Have you ridden the 450 yet?

Covington: Yes, I have been riding it in secret the last two or three weeks in California and I am loving it. The feeling I was struggling with when I came to Europe, was the Husqvarna turning and stuff. As soon as I got on the Yamaha, I was like, this is what I was looking for. You can plant it into the corner and lean it in, the feeling I had when growing up racing Kawasaki’s. The last few years I had been searching for that and in Europe we could find it by cutting the frame a little bit, but in America, with the product rule you don’t have many options. So, it was like a breath of fresh air when I got on the Yamaha.

MXlarge: I remember talking with you at the start of the year and how stiff the set-up was in America compared to Europe. Also, Zach Osborne saying how soft the setting was that he was given by Husqvarna here and he couldn’t get used to it, so went back to his original settings for the Nations. I guess because you had a terrible season and didn’t race as much as you would have liked, you didn’t get used to the stiff settings, so you don’t need to get used to the softer settings in Europe?

Covington: With everything that went on, I didn’t have too many times to test, between the knee injury and illness, I wasn’t riding during the week. I kind of relied on the team and my team-mates to do the testing. That is what I struggled with, but I never went super stiff anyway here and the bike is completely different next year, the 450. We will have different suspension and it can’t get more different, I guess.

MXLarge: As you know having raced here, the MXGP class is just like a wild animal. I did a thing today on my site, there are 21 motocross championships and something like 334 GP wins, of which you have four. I mean, I am not competitive at all, so I don’t get it, and I think to myself, I wouldn’t want to do that, but how do you prepare for something like that when you are a racer?

Covington: I have been doing it my whole life. Even when it didn’t look like there was a lot of competition in the MX2 class, there are always guys stepping up and there is always tough competition wherever you go. Sure, the MXGP class is the strongest class in the World, so getting good starts is going to be key, and finding that little extra to set me apart from the other guys. Is that bike set-up or just my riding style with line choice or something like that?

MXlarge: The calendar for 2020 starts at three rather nice tracks and I think you probably like all of them. Matterley Basin, Valkenswaard and then Argentina. You must be looking forward to the start of the series?

Covington: Yes, I mean, Argentina I love that track. I haven’t had much success there, but I really enjoy going down there, and Matterley Basin is probably one of my favourite tracks to ride and I have had good results there. Valkenswaard in 2018 I won the qualification race there and I have had good races there, so I am looking forward to getting back there and mixing it up with the 450 guys.

MXlarge: Where do you want to be in the class?

Covington: I don’t really know yet, I would like to work up to be a consistent top ten guy. Obviously, it will take a lot of work with the team and getting fit again. I have taken the last six months off training because the doctor told me to stay on the couch. I am building myself back up and making sure I am 100% fit when the season comes around.

MXlarge: So, from now until the season opener, what is the plan for pre-seasons and stuff like that?

Covington: Well, we haven’t planned the pre-season races yet, I want to do a couple, but I will stay here in California until Christmas, and then head to meet the team. I will probably stay somewhere between Lommel and England and do our testing and training before the pre-season starts. I will be in England a bit, but the majority of time I will be in Belgium or Holland working with the team.