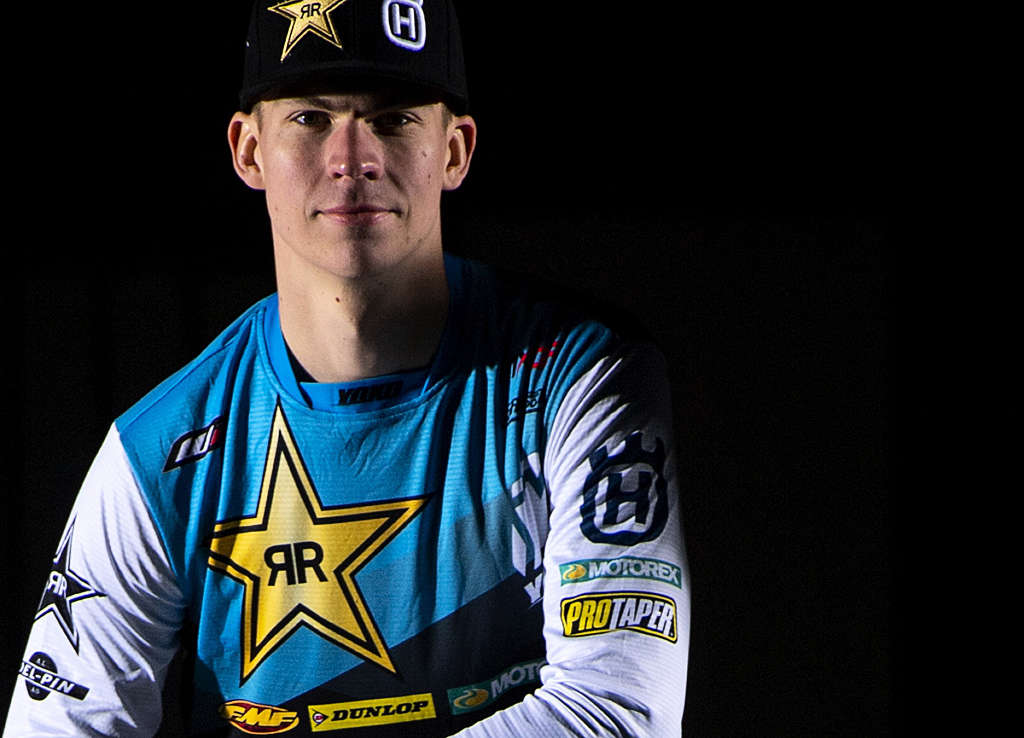 Rockstar Energy Husqvarna factory rider Thomas Olsen has been groomed for this moment from the first time he jumped on a Grand Prix bike. The big strong and giant like Danish rider had outgrown his MX2 machine long before he finished his career on the 250, and everyone in the paddock knew with his technique and size he would be a very good MXGP rider.

Now, in a few days’ time, Olsen will get his first shot at the MXGP boys and while the MXGP rookies can either switch on quickly, like a Tim Gajser, Jeffrey Herlings or Jeremy Seewer, others fall by the way and never become good 450 riders and their career in Grand Prix motocross is quickly over.

His credentials say he will be okay, having finished second in the World in 2019 and third in 2017 and 2018, plus five Grand Prix victories and 14 race wins, the Husqvarna rider has been at the pointy end of the MX2 World championship now for some time.

Also a former EMX250 champion Olsen has some nice stats to his name and that EMX250 title he won in 2016, he beat a Spanish kid named Jorge Prado and a young Aussie called Hunter Lawrence.

We caught up with Olsen and talked about his move to the bigger bike and a new team in the MXGP class.

MXLarge: Firstly, you have ridden the 450 and had some races. Can you explain how it was riding in those first couple of races in Italy and Sweden?

Olsen: Italy went well I would say. It was my first time racing the 450 and I took it easy in the beginning and found my flow before I started pushing more. That race went really nice, and I felt comfortable, and I didn’t feel like I was pushing over my limit or anything. I was riding a nice pace and the speed was good and that was nice. Compared to the 250 you are just hanging it out all the time and you have to be smarter on the 250 and have a better flow. It was good learning in Italy, and it was a while ago. Sweden was totally different. I had a bad qualification and had arm pump and the track was muddy and rutted and I was confident for the races but had some bad luck with in the first moto where a wheel went out on me, and in Sweden they have the rule that you go into the second moto off the result from the first moto, so I was way outside on the start in the second one. It was pouring rain and I was involved in a start crash and at that point we decided to call it a weekend.

MXlarge: I think for years we have been waiting for you to move to the 450, yourself also, does it feel like what you expected?

Olsen: I heard that from a lot of people that I will be a better 450 rider and I don’t know, we will see at the races. I don’t say it myself, but I have much more fun on the 450 and we are riding a lot at sand tracks like Lommel, and it is way more fun for me to have that power on the sand tracks. I am enjoying riding more than on the 250.

MXLarge: I watched the British Championship that Ben rode in and it looked like a really nice track, with really nice technical sections and Ben looked really fluent on the bike and have you had tracks like that, where you can have more fun on the bike?

Olsen: Yes, I have, but I found on the 250 I had to take more care, I had to come into the corners and be more careful, because I was always afraid, I couldn’t get the power coming out of the corner. Now on the 450 I can attack the corner better and I know I will get out with the power. I had some really good feeling with the bike, and also on all different types of tracks.

MXlarge: The MXGP class, we all talk about it, just mental, did you feel that even in the Italian race, that the pace is different?

Olsen: The races I did in Italy wasn’t much different than the 250 races, because it was early and people were not really going for it, I think the GPs will be different.

MXlarge: Do you have goals for the first few rounds, or just want to go there and enjoy yourself?

Olsen: When you say enjoy yourself, you always enjoy yourself when you are doing good. I have some goals for myself, but I had goals to be in the front in the MX2 class, and I definitely have to kind of remember my goals for the first couple of races and if it doesn’t go to plan, not to get frustrated by that.

MXlarge: But because the class is so tough, is it important to show yourself early to show you belong, because I can imagine it is easy to get pushed around in that class and maybe if you get in that frame of mind, it is hard to come out of it?

Olsen: I guess it is, and you have to establish your position in the class, and I want to do that quickly, but I don’t have problems with riding hard and I won’t be a push over.

MXlarge: Starting in Russia, it isn’t the nicest track or place to get to, but how do you feel about it?

Olsen: I feel good about it. I have been feeling fine with the track there. It can be a sketchy track, and maybe I would prefer where you don’t have to pack crates and stuff, but I am looking forward to getting going and it is a nice place where we go, good hotels and stuff. We have been waiting and waiting for the season to start and now we are here. You are so into training, and you forget how fast it goes.

MXlarge: That seems to be something many riders struggle to deal with this strange long pre-season, some seem good at the difficulties of it, and some don’t. How are you with this weird off-season in your preparation?

Olsen: Yes, I guess you could say that, and I think there were many injuries in MXGP last year, but more people had time to heal in this long period. It will be competitive and also for me moving up. I got a lot more hours on the 450 and more time to get the bike where I wanted it to be and what is better for racing, so it worked out well for me. 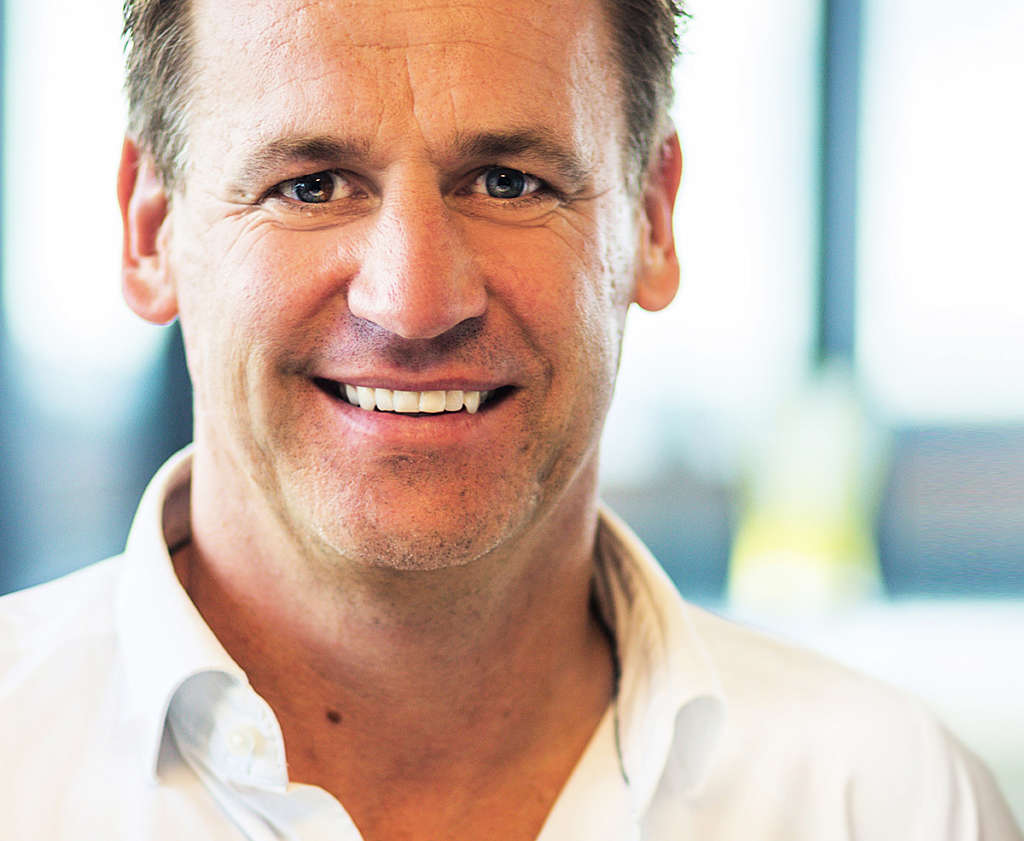 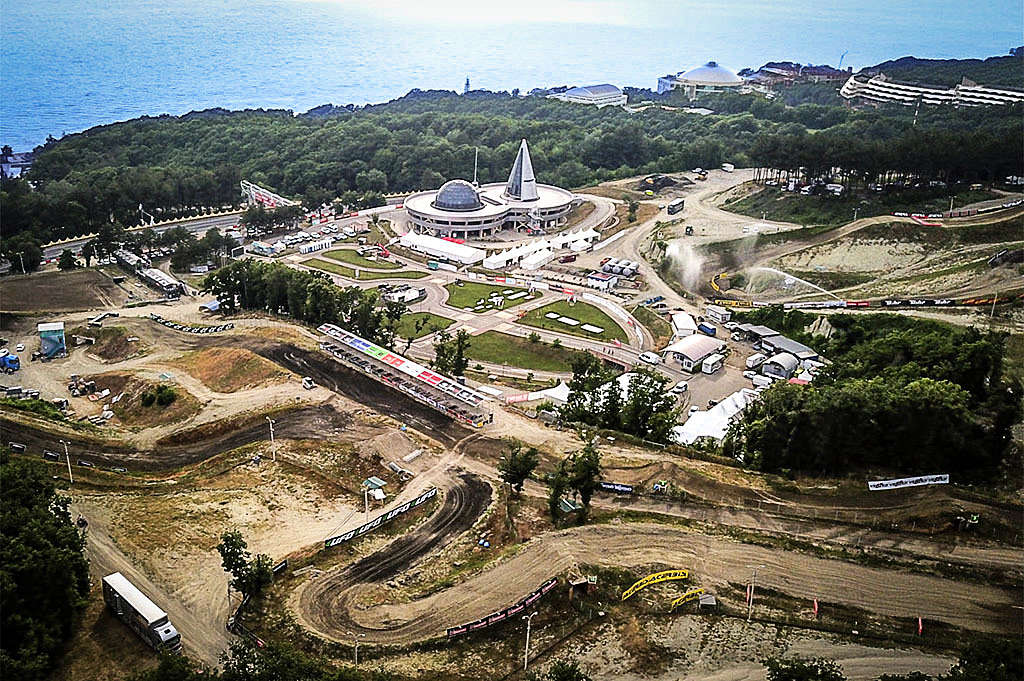