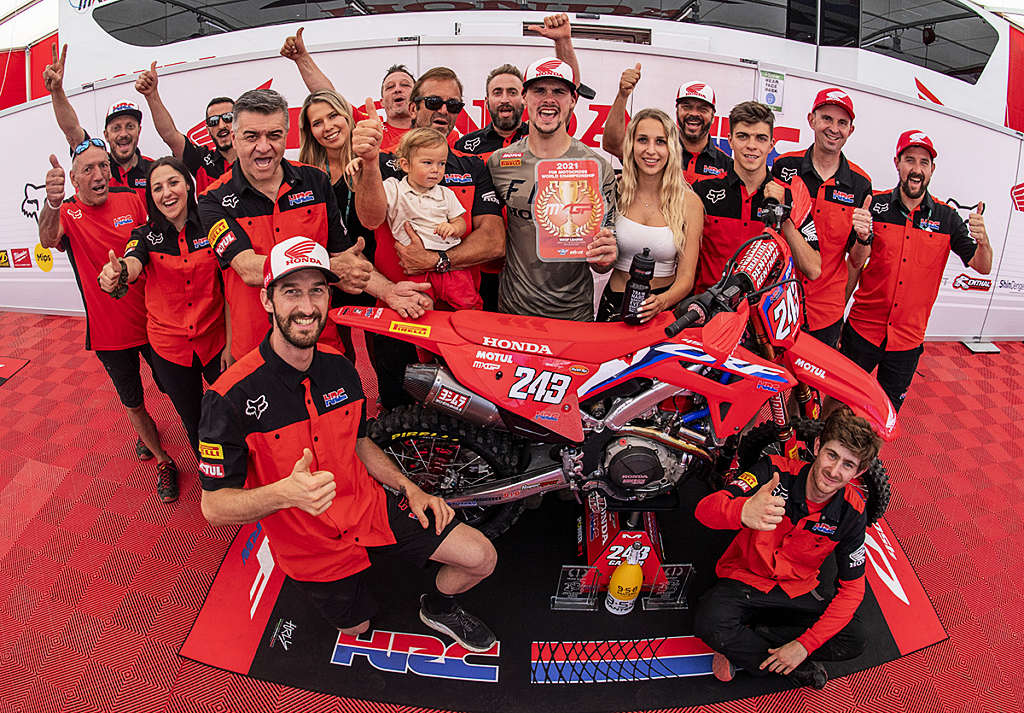 Defending MXGP champion Tim Gajser is once again controlling his own destiny as he remains the man to beat in the MXGP championship. With a 3-2 overall victory the HRC rider might not have taken a dominating victory, but as we have seen so far in 2021, he isn’t always looking to blast his competition off the track, but rather taking the safe and consistent route to what could end up being an amazing fifth World motocross championship, and joining the likes of Roger De Coster, Eric Geboers, Georges Jobe and Joel Smets on the all-time list. It is a long way to go in 2021, but as we speak, he is looking the rider with the best chance of being crowned World champion in December.

In Oss the Slovenian didn’t override, took precaution when things started getting dangerous and cruised to his 31st Grand Prix victory. Already amongst the greatest of all time, Gajser continues to prove what a sensational racer he is, under all conditions.

We caught up with him after the moto and asked him a handful of questions about the win and how he feels his championship is going.

MXlarge: 3-2 for you today, and the races were very exciting, and you battled in both races, you either chased somebody or somebody was chasing you. Tony caught you in the second one, what happened there?

Gajser: I am happy with the day, or course disappointed Tony passed me with a lap to go. I was trying to pass Prado early, but it was really difficult, because he was blocking all the lines. I lost my rhythm and also used a lot of energy, but that is racing. I am overall happy, and we head to Loket.

MXLarge: Have you ever won with such a score before?

Gajser: I don’t remember winning with that, but maybe yes. It is nice to win, but you want to win the moto. It is what it is, and I usually win the overall with a moto win. The luck was on my side. The riding was okay, and I didn’t know what to expect coming here. Overall, very happy.

MXlarge: You seem to be really trying hard not to make a mistake and at times it looks like you are being really careful and not risking too much. Is that the case?

Gajser: Yes, because I start to use my head a lot and I know the championship is long and we are just four races in. Of course, it is nice to win, and be at the front, but we also want to be there at the end, you know. Being consistent makes the difference and not making mistakes and riding and not crashing. I had so many crashes in the past, and I try to improve on that. Today the track was sketchy and really easy to make a mistake, so I had to be really careful.

MXlarge: There was some really close racing and even touching each other on the track.

Gajser: Yes, it was really hard to pass, and you had to be really aggressive if you wanted to pass and I didn’t want to be aggressive and touch the other guys, but in the second race, I had to. I was behind Prado, and I was way faster than him, but he was shutting the doors everywhere, riding a bit dangerous. Even we touched, I was next to him, and he pushed me off the track, I didn’t like that. We have to ride what we are given to ride, and the track was the same for everyone and we did a good job.

MXLarge: It has been a bit of a strange championship for you. That first round you were just amazing, then Matterley and Italy were a little less, and then you get a GP win with 3-2.

MXlarge: What did you think of the track, it was very tight, was it a typical Dutch sand track?

Gajser: Actually, the race was the first time I have ridden here. The place is nice, some places it is narrow, and the fans are really close to the track, for sure at the back of the track where it is really fast, if you lose control, you are really close to the fans. Overall, it is a long track and I like that, the lap times are over two minutes, but maybe some little things they can change.

MXLarge: You were right behind Jeffrey when he got landed on by Monticelli, what did you see and what do you think of him winning the race with a broken shoulder?

Gajser: I was next to Jeffrey, and I see Ivo launched really long and I think Jeffrey made a mistake just before the take off and that is why he was short. It is really bad luck, and of course I wish him a quick recovery. I have ridden with a similar thing in 2017. Afterwards it is like somebody is stabbing you with a knife, so he did well.

Gajser: I am happy, but it is just the beginning, and I don’t really want to look at the points, just go out there and give my best always, be consistent. We were working on the starts, and I was happy with my starts today, but it was a point we needed to work on. Hopefully now I have improved that, and I can get even better with it.

MXlarge: What about Loket, how do you feel going into Loket?

Gajser: I like Loket, it is a really good track with a lot of ups and down, so I look forward to it. 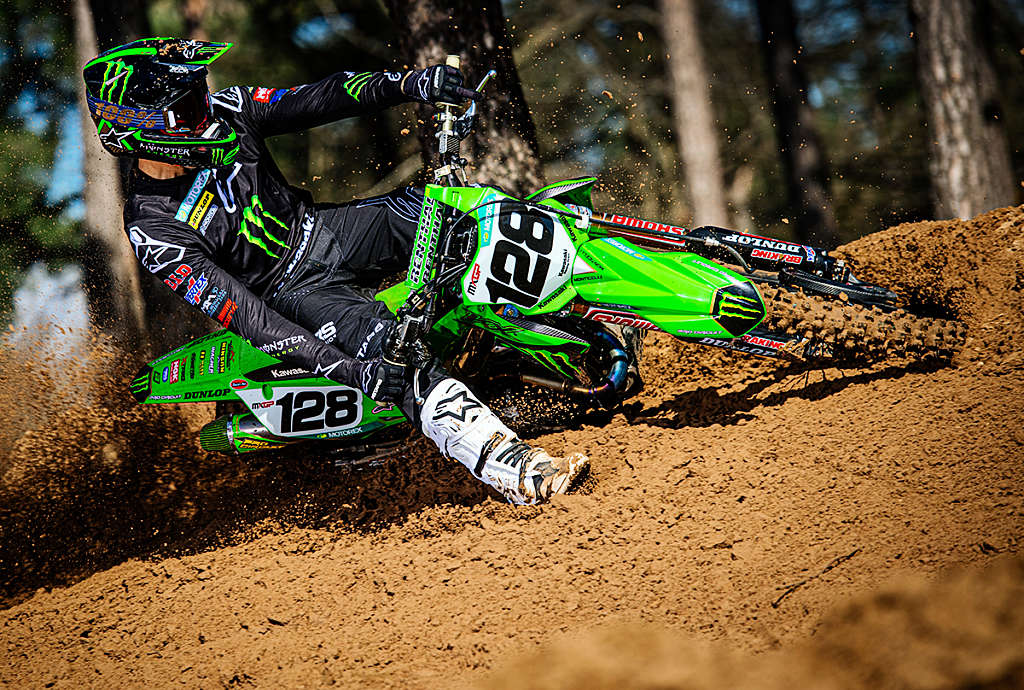 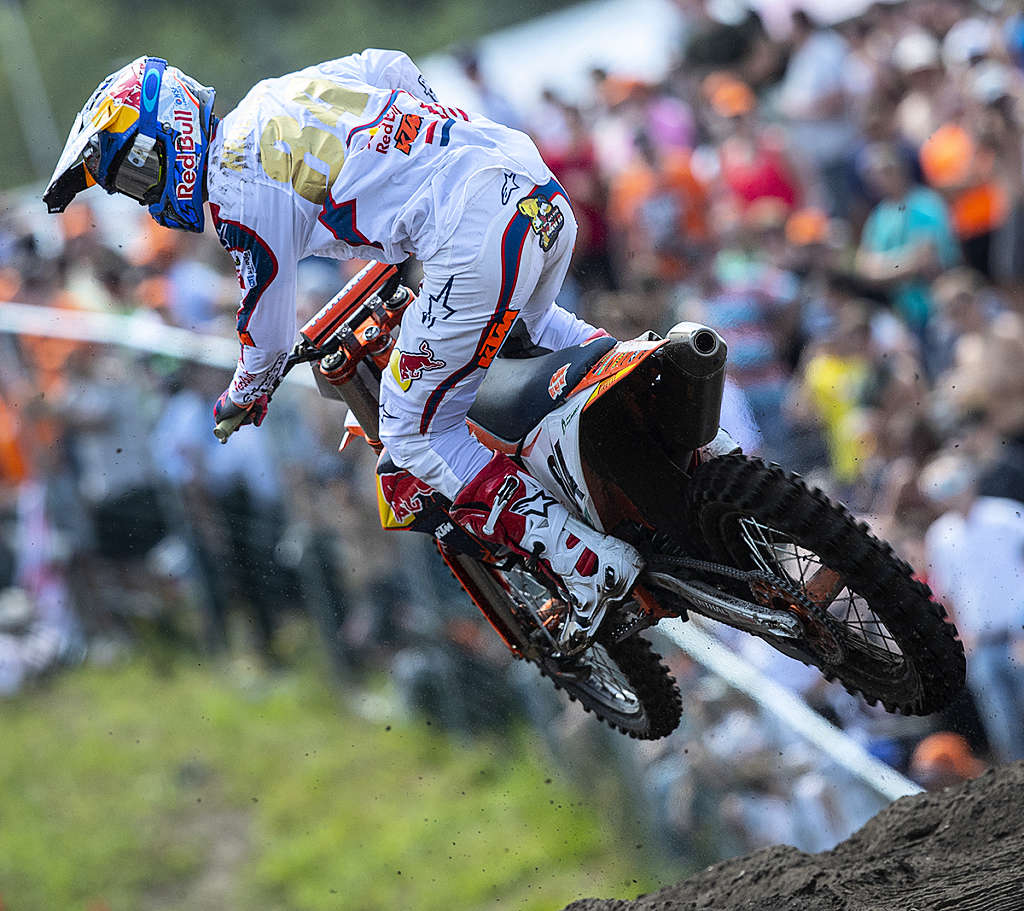 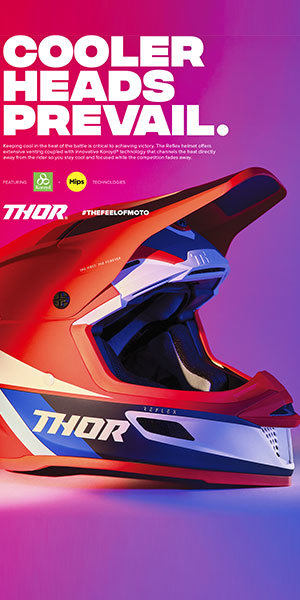 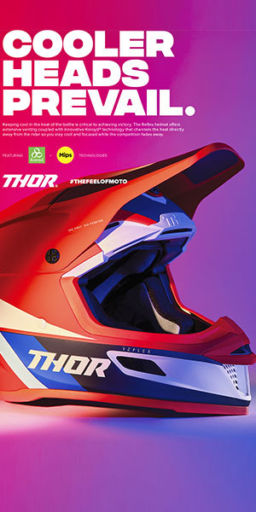