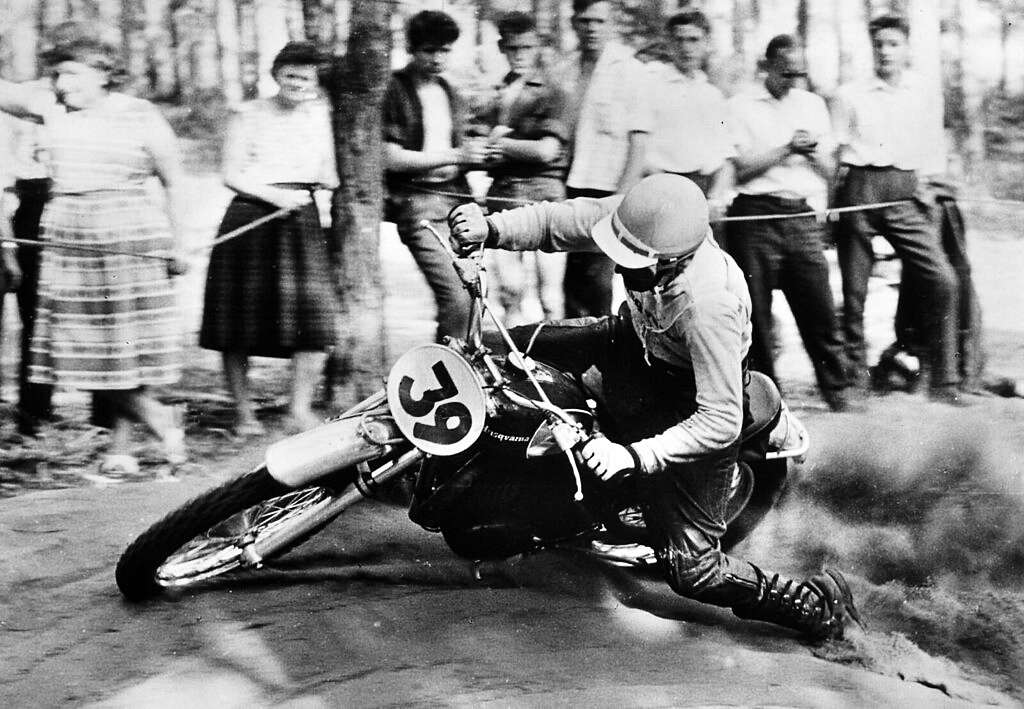 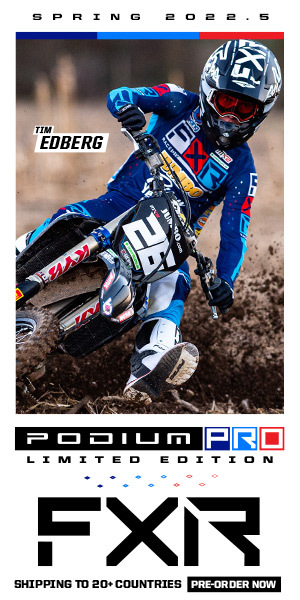 Between 1959 and 1966 Husqvarna had conquered four MX championships in the 250cc class. Torsten Hallman had three world titles and Rolf Tibblin one European victory when plans for the 1967 season began. On top of that, the Swedish brand had recently been introduced to the USA, where people fancied both style and quality from the Viking country. So, everything looked promising and Husqvarna decided to double their racing budget, with clever money, for the coming season…

The Husqvarna factory had improved their bikes continuously during the 60s. After serious research and development, the 250cc racer had a new, rigid frame for 1966. Simultaneously, the power plant was mounted lower than before, which improved road-holding for both mx and offroad. The front forks were also brand new, now developed and produced in-house as opposed to earlier days. The primary transmission was geared to offload strain on the gearbox. It was an improved machine for the five factory riders who would ride for the team in 1967. In addition to Hallman and Olle Pettersson, Ake Jonsson, Hakan Andersson and Staffan Eneqvist also received support. All in all, the factory produced 1,200+ 250cc units for the world markets, save a hundred bikes sold in Sweden. Subsequently, 188,000 Swedish Kronor was budgeted for Husqvarna's total motocross operation, more or less double the figure of the previous season.

Battling for positions began in Sabadell, Spain at the end of April. The Russian world champion in 1965, CZ-mounted Victor Arbekov started out by winning on this beautiful circuit. Olle Pettersson came home second while Torsten Hallman broke down, missing valuable world championship points. The Swiss Grand Prix at Payerne is special because of the track layout. The steep hills are demanding and are combined with fast straightaways on a hard surface. These conditions suited Hallman well, but it was also a favourite of his antagonist Joel Robert from Belgium. The pair finished one-two, advantage Sweden. Olle P came eighth. There had been two false starts and the third was also questionable. Olle waited, but the heat was never red-flagged so he left the starting area last, way behind and furious, of course!

Green grass was the order of the day in Vannes, France. This track in Brittany was the scene of yet another clash between Hallman and Robert. The Belgian was faster here, so the overall standings were almost level after three rounds. A week later Robert was unbeatable on his home turf in Hechtel and Hallman crossed the line in second. Three weeks later Torsten had his revenge in Bielstein, Germany while Robert broke down on his Czech CZ. Olle Pettersson was second, which meant that Husqvarna scored a double victory here. Sand and Holland are often compatible. In Norg, Joel showed top form and won while Hallman had to retire. Then the trip went south towards Italy where Cuneo lies close to Torino. Here, 1967 is remembered for another double Husky trophy victory. Torsten won while Olle P hit second, well ahead of monsieur Robert.

In Halstead, north of London, the order was once again reversed when Joel R took an early command of the race. Olle P was third while Hallman retired. If Belgium was good for Robert, Motala in Sweden was favoured by the Swedish riders. The podium was fully occupied by Husqvarna men: 1. Hallman, 2. Pettersson, 3. Hakan Andersson. A giant triumph on home turf. A week later, everybody took the ferry to the east, as it was time for the Finnish GP in sandy Hyvinkää. Olle Pettersson had always been strong on this dusty circuit and in 1967, it was no exception. "Since Hallman had the chance of winning the championship, I waited for him in the first run", said Olle P, "but Hallman did not want to hear of such a thing and therefore had to be content with the second spot as I won this Grand Prix overall".

The trips to Russia in the Soviet Union have been mentioned in other Husqvarna blogs. This time the riders went to Belgorod in the southwestern part of the vast country in the East. A record crowd of 100,000 spectators came to watch Torsten Hallman secure his fourth world championship title. Since Robert broke down, nobody could threaten the brilliant Swede, who now won Husqvarna's seventh motocross title overall. The 12th and last round of the season in mid-August was held in Szczecin, Poland. Olle P had a theoretical chance of finishing second in the final standings, but Robert made no mistake. Pettersson had to be content with the last overall podium position in the final world championship ranking.

All in all, Husqvarna scored five double wins in 1967 with Hallman and Pettersson. Hakan Andersson was sixth while a Finnish rookie rider by the name of Heikki Mikkola took his very first world championship point, finishing 25th in the chart. 10 years later he would also be a Husqvarna world champion.

What an iconic season! 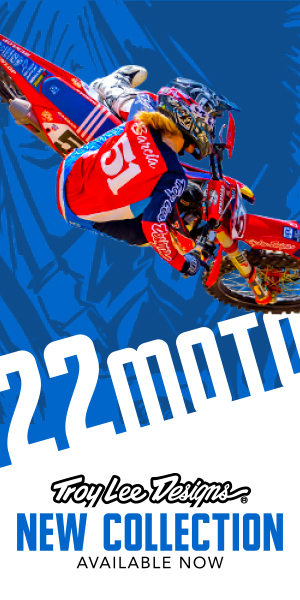