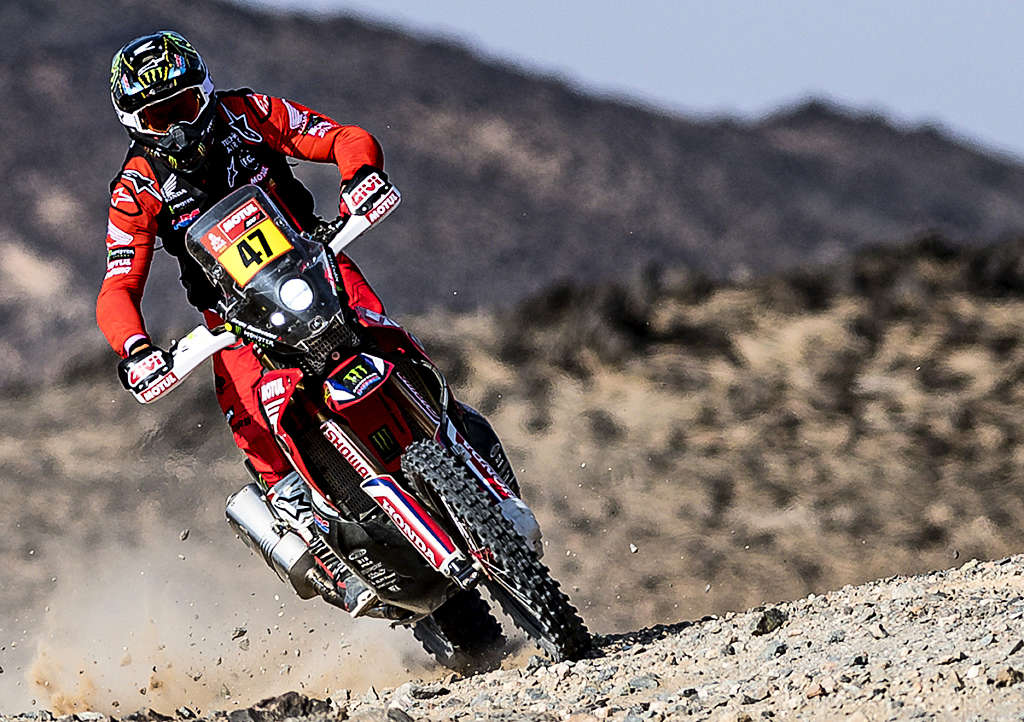 The 2021 Dakar Rally is now entering into its final phase, with the battle hotting up as the rally heads towards its final showdown in Jeddah. Today saw mixed fortunes for the Monster Energy Honda Team who, in spite of a 1-2-3 finish at the end of the tenth stage, had to endure the withdrawal of Nacho Cornejo who had been in the battle for the overall Dakar win.

Riders set out this morning from the Neom bivouac for the tenth stage of Dakar 2021, heading southeast towards Al-Ula. They faced a total stage of 583 kilometres including 342 kilometres against the clock. The dunes are over, but the tough agenda nevertheless served up gravel and rock-filled tracks, with the route running through canyons and sandy sections, in equal measures. The difficulty level showed few signs of easing up. 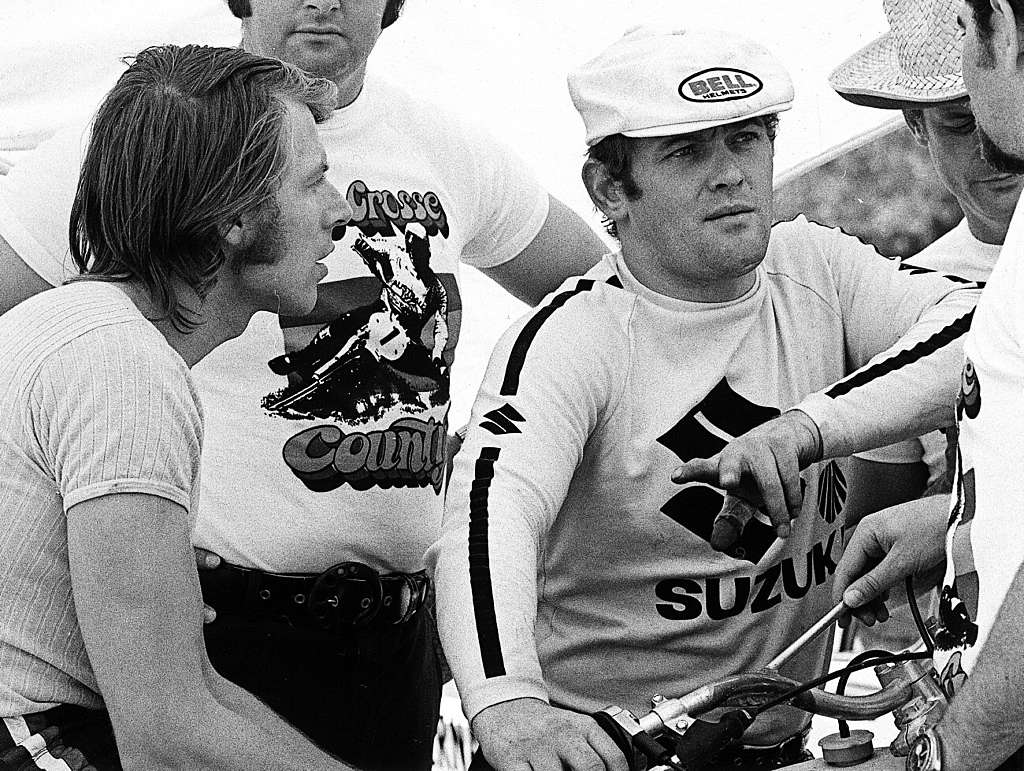 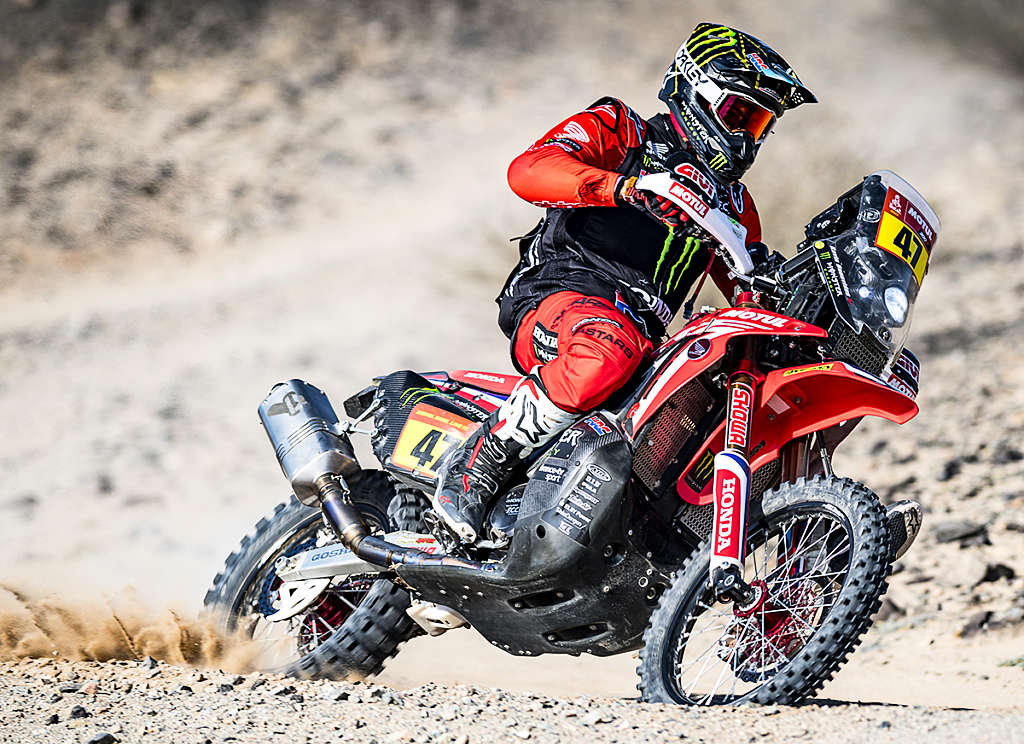